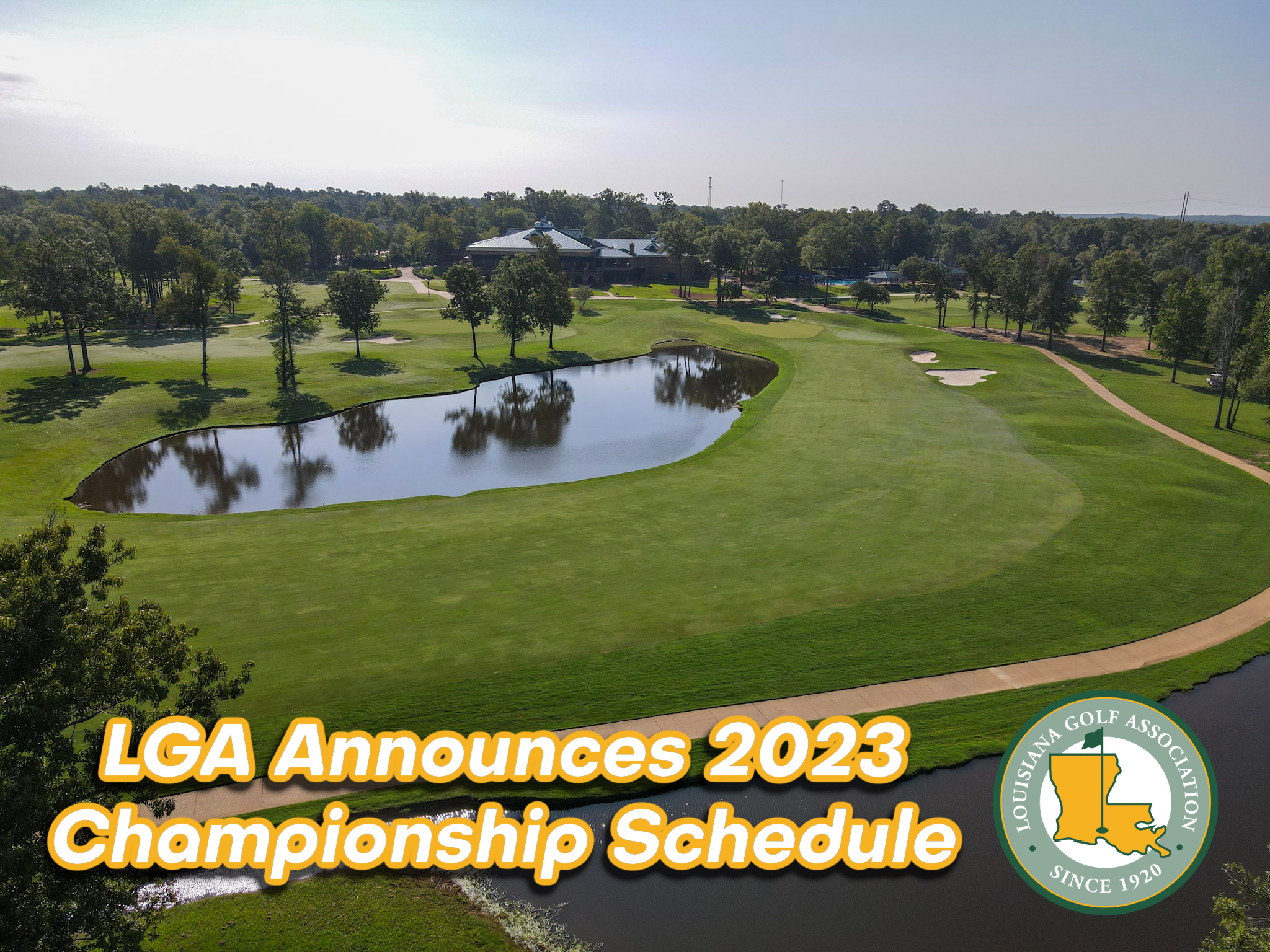 The Louisiana Golf Association (LGA) is pleased to announce its 2023 championship schedule. The LGA will once again conduct twelve Championships, in addition to eight Louisiana Amateur Championship Qualifiers. The LGA is an Allied Golf Association of the USGA, and as such, the governing body for amateur golf in Louisiana will conduct seven qualifiers on behalf of the USGA in 2023. “We are excited about our 2023 schedule and the quality venues we can provide our members with an opportunity to play,” said LGA Executive Director Logan Ray. “The schedule showcases premier LGA member clubs across the state that give back to the game by hosting our Championships, and we sincerely appreciate their support. The LGA is proud to provide first-class competitions for all golfers, and we look forward to welcoming everyone next season.” 2023 is sure to be a fantastic and memorable year for amateur golfers in the Bayou State.

Some other takeaways from the schedule release are:

Please note that the Louisiana Amateur Qualifiers and all USGA Qualifiers will be released in the coming weeks.