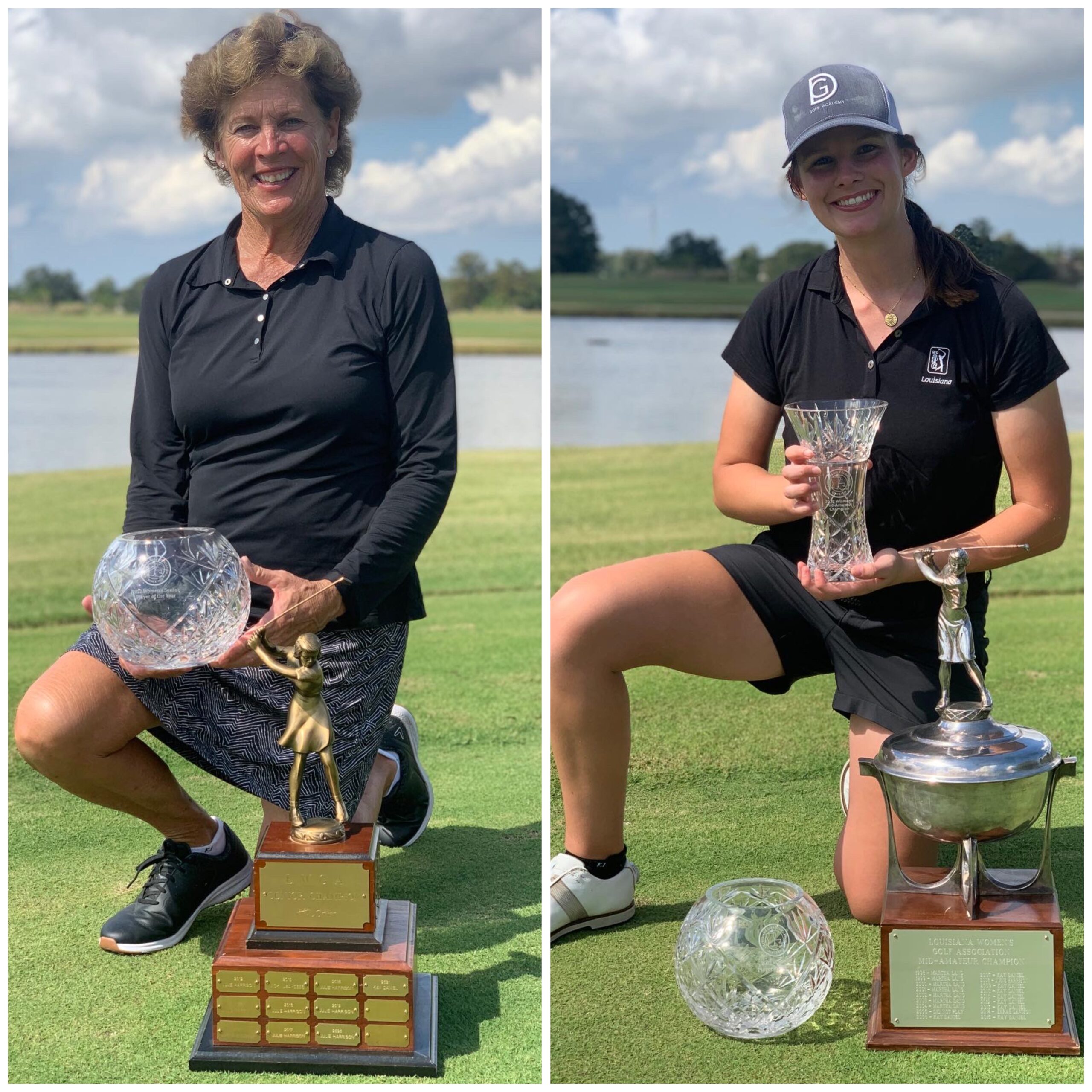 Julie Harrison of Baton Rouge secured her ninth Women’s Senior Amateur Championship on Sunday at the historic English Turn Golf & Country Club. Harrison shot rounds of one-under par 71 and four-over par 76 for a total of three-over par 147. Last year’s champion Kay Daniel of Covington finished as the runner-up with rounds of 76-75 for a total of 151 and Jane Rosen of Metairie finished in third place with rounds of 80-83 for a total of 163. Rosen also won the Super Senior Division over Diane Roussel of Destrehan. LGA President Mary Capouch of Mandeville won the Grand Super Senior Division.

The Women’s Mid-Am Championship came down to the wire and had an exciting finish. Madison Bates of Pineville, competing in her first Women’s Mid-Amateur championship, secured the victory shooting rounds of one-over par 73 and two-over par 74 to finish at three-over par 147. It did not come easy as Bates was two strokes back to start the day and took more than 36 holes to keep defending champion and this year’s runner-up finisher Julie Harrison from winning her third Women’s Mid-Am title. Unknowingly to Harrison, she was one stroke back coming into the final hole 18th. Bates missed the green in regulation and had about a three-footer for par after her chip from just off the green for birdie. Harrison did hit the green in regulation and had about a 35-footer for birdie. Still not knowing the circumstances at stake, Harrison had a little bit of magic left in the tank and miraculously made the long putt, not only to win the Women’s Senior Am, but to also head into a playoff after Bates made her par putt to both finish at three-over par. Bates and Harrison played hole number one for the first playoff hole. Bates was able to continue her consistent play with a birdie to capture her first Women’s Mid-Amateur Championship in as many tries, as Harrison made bogey on the hole. Bates had a gallery of supporters growing as the round went on and was met with a water celebratory shower just off of the 1st green.

English Turn Golf & Country was in excellent condition and was a tremendous host for this championship. The course and staff were first class and thank them for their support of golf in Louisiana. The course played to a par 72 at 5,330 yards.