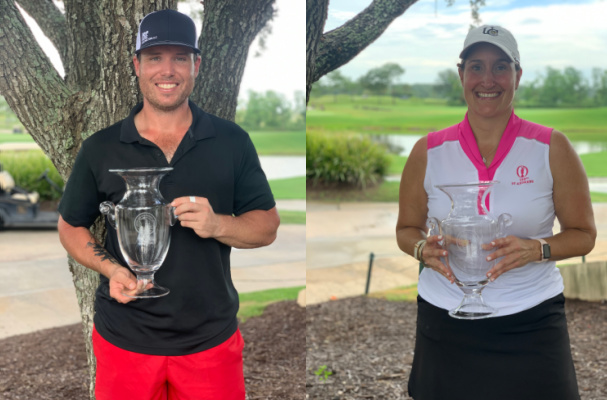 Jacob Mercante of Ponchatoula played incredible all weekend to win the 23rd Louisiana Golf Association Net Amateur Championship at Contraband Bayou. Mercante shot the low round of the Championship on Saturday, a five-under par 66 and a one-over par round of 72 to finish at four-under par 138 for the Championship to win by four strokes.  Three players finished tied for second at even par, Raymond Blank of Saint Amant, Ricky Simmons of Baton Rouge, and Dennis Chambers of Vinton.

There were three flights in the Men’s Championship. Bart Dornier of Metairie was the winner of the St. Andrews flight over Bobby Goodson of Baton Rouge. Brian Anderson of Ponchatoula defeated Dwayne Hightower of Sulphur to win the Troon Flight. Raymond Blank of Saint Amant won the Carnoustie flight over Ricky Simmons of Baton Rouge via scorecard playoff.