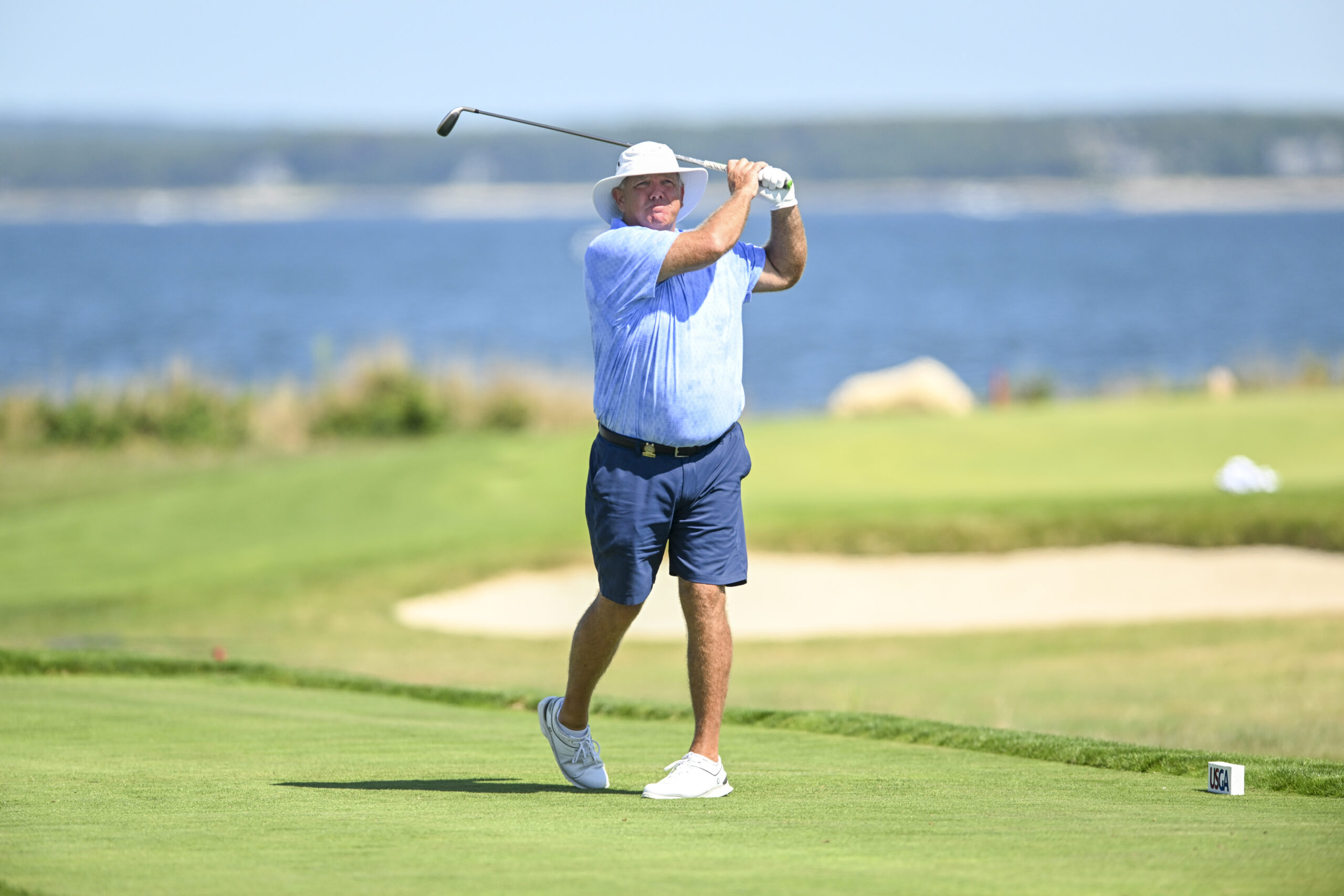 Nine years ago, Stan Humphries came “this close” to playing in his first USGA championship. He was first alternate for the 2013 U.S. Mid-Amateur at The Country Club of Birmingham (Ala.), and he figured that surely someone would withdraw from the 264-player field before the start of Round 1.

“They told me it was only the first or second time it ever happened,” said Humphries, 57, of what turned out to be a fruitless wait when no one dropped out. After four other unsuccessful bids, the former NFL quarterback is finally making his USGA debut this week.

“I finally put together a decent round and made it in a playoff,” said Humphries, 57, who quarterbacked the San Diego Chargers in their Super Bowl XXIX loss to the San Francisco 49ers led by Steve Young after the 1994 season and earned a ring as a backup for the Washington Redskins in their victory over the Buffalo Bills three years earlier.

Even after an opening-round 8-over-par 79 on Saturday, Humphries said he is relishing the experience. He rebounded on Sunday with a 3-over 74 to make Monday morning’s 14-for-5 playoff to get into match play.

“Although it didn’t show by my play today, it was a blast,” said Humphries, a native of Shreveport, La., who now lives in Monroe, La. “I’m excited to be up here and be a part of it. It makes you want to keep fighting and makes you hungry to do it again.”

Humphries, who played six seasons in San Diego and is a member of the Chargers’ Hall of Fame, caddied for San Diego native and 1987 U.S. Open champion Scott Simpson when the longtime pro won the 1998 Farmers Insurance Open at Torrey Pines. “I’m one for one as a Tour caddie,” he said with a laugh. “It’s amazing to see what those players can do, to watch them hit a ball.”

Humphries, who has coached girls’ high school basketball for nearly 20 years, finds golf an excellent outlet for his competitive spirit.

“When you retire from football, after having played in front of 100,000 fans, there’s nothing that can fulfill that adrenaline rush anymore,” said Humphries, who played college football at Northeast Louisiana (now University of Louisiana at Monroe). “Golf is one thing that, when you get out there, it’s out of your comfort zone. Here I am, 57 years old, and I just love it because you get back into the arena and you compete a little bit.”

Humphries well knows and relishes the difference between a fun game and competitive golf.

“I get tired of playing at home when a guy goes over to your 5-footer and knocks it back and says, ‘That’s good,’ and I say no, it isn’t,” said Humphries. “I missed a bunch of those today; if they had given them to me, I’d have had a great score!”

Score is less a concern to Humphries when in surroundings like The Kittansett Club overlooking Buzzards Bay. “You can sit here on the veranda and it kind of makes you forget about what you shot today.”

– Story written by Ron Driscoll, Senior Manager of Content for the USGA