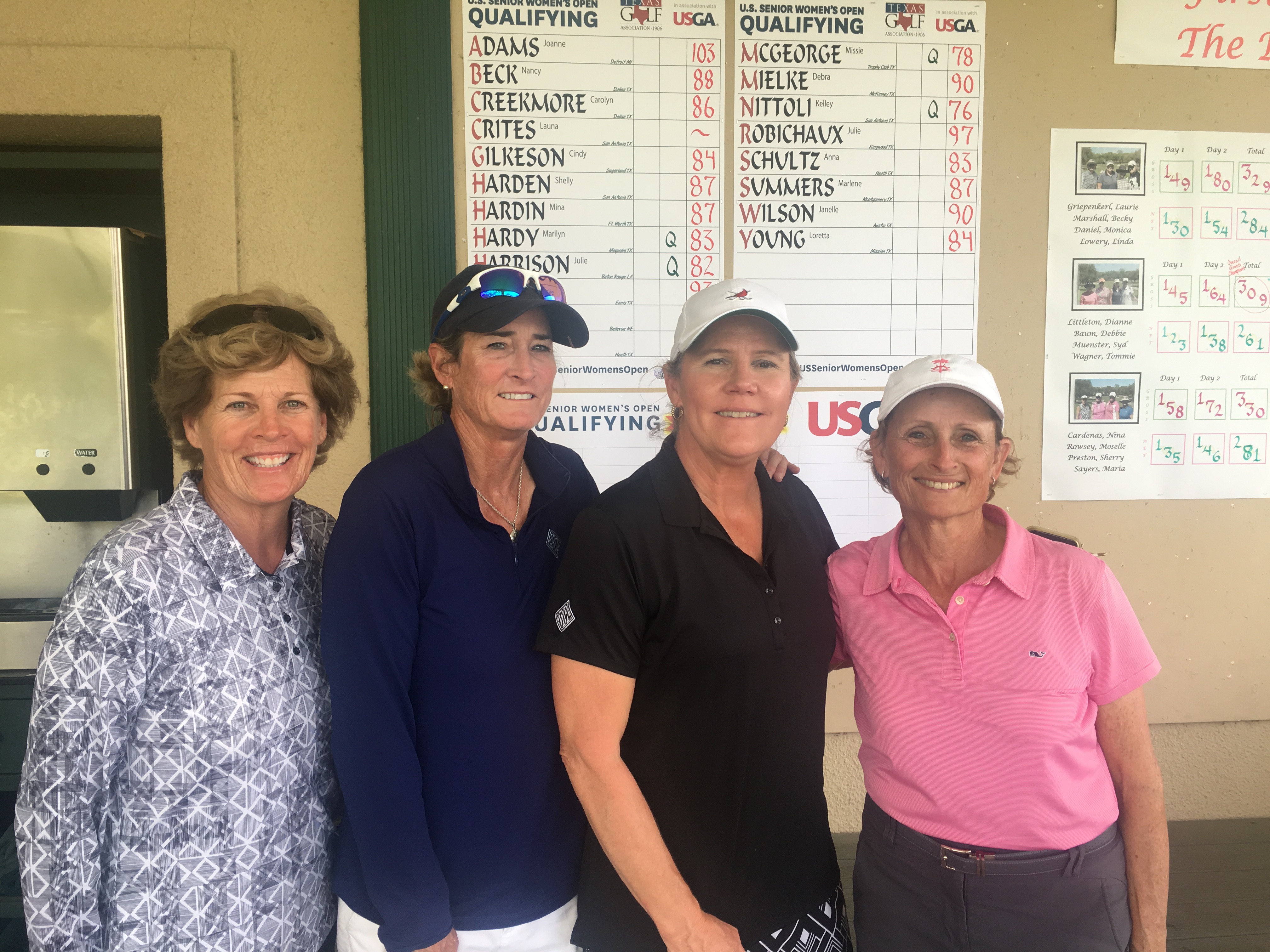 LGA Member Julie Harrison of Baton Rouge (above, left) qualified for the U.S. Senior Women’s Open at San Antonio Country Club, Wednesday April 17. Harrison was one of four qualifiers at the site after carding an 82 to finish third overall and 6 shots back of the medalist. San Antonio Country Club featured a rigorous setup, with a golf course playing firm and fast mirroring the setup of a USGA national championship. Harrison was encouraged to enter the Open qualifier following her strong finish at the U.S. Senior Women’s Amateur (Round of 16).  She had this to say regarding her qualifying experience, “The qualifier felt like most USGA events… The golf course was difficult and par was a great score on each hole. There were lots of great players there and I was fortunate to get one of the four spots available at our site. This is a dream come true to play in an Open Championship and I will enjoy every moment.”

Harrison now moves on to the Championship proper at Pine Needles Golf Club in Southern Pines, North Carolina, May 16-19. The U.S. Senior Women’s Open was established in 2018, 38 years after the inaugural U.S. Senior Open was first contested. Chicago Golf Club in Wheaton, Ill., one of the five founding clubs of the USGA, hosted the inaugural championship. The field of 120 players will include some of the game’s greatest players. Harrison will join the likes of defending champion Laura Davies, Nancy Lopez, Julie Inkster, and other Hall of Fame golfers in search of a U.S. Senior Women’s Open title. The field will be cut to the low 50 scorers and ties following 36 holes of stroke play.

Harrison’s husband Britt will man the bag for the week. Britt, a former LSU golf coach and accomplished player in his own right will be a huge asset as a caddie, since players will be required to gather yardages and distance information without the help of distance measuring devices during the competitive rounds. We wish Julie the best at the U.S. Senior Women’s Open, and we know she will represent Louisiana well.