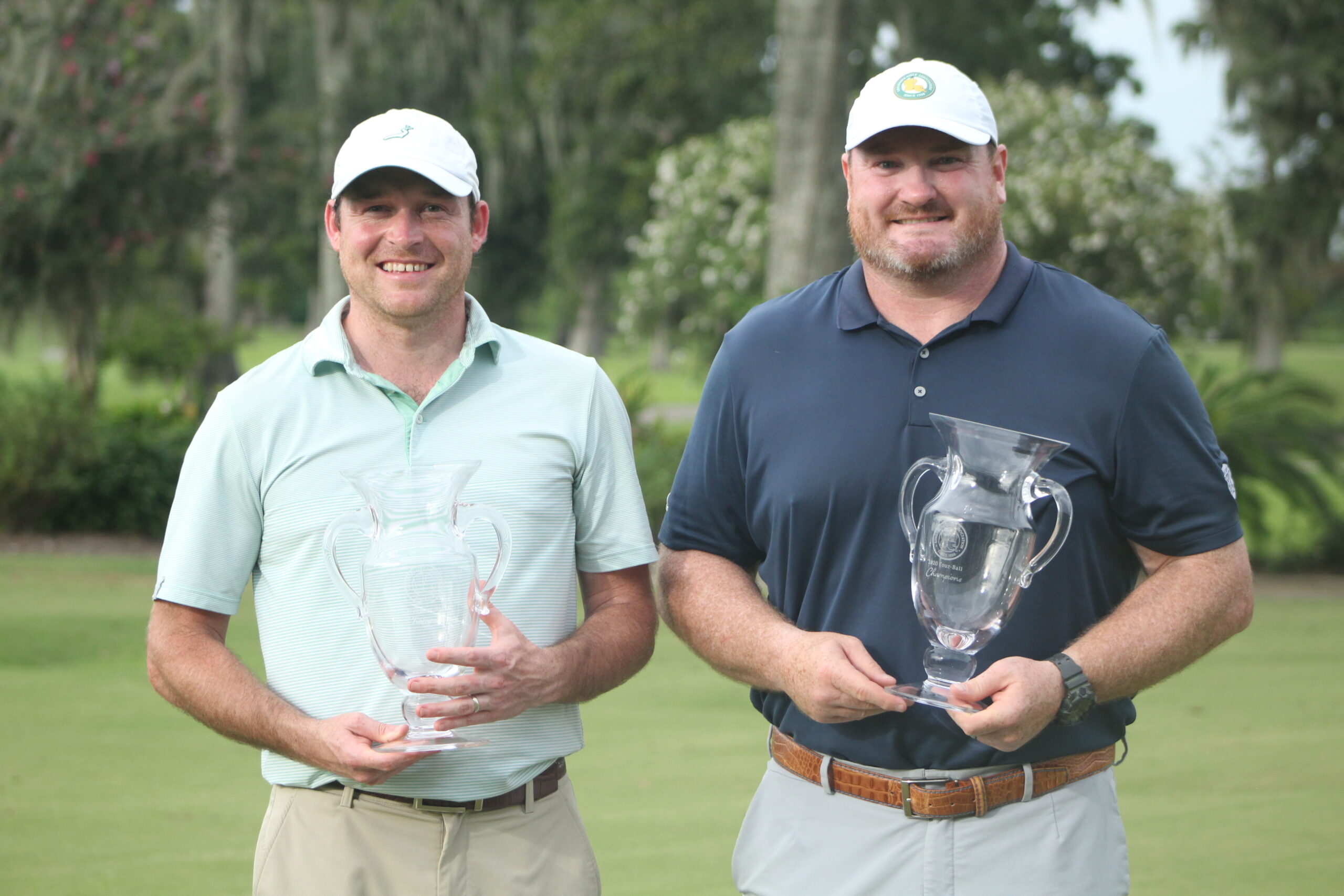 Greg Berthelot of Baton Rouge and Kyle Williams of Choudrant pulled away from a talented field at Ellendale Country Club on Sunday, shooting a Final Round eight-under par 64 for a 36-hole total of 127 to capture the Championship. Berthelot got going early with birdies on holes 1, 3, 5 and 6 with Williams adding birdies on holes 8 and 9 to take a commanding lead that they would not give up. This is the second LGA Four-Ball Championship victory for Berthelot and Williams; the first coming in 2011 at Koasati Pines at Coushatta.

Charlie Flynn of Alexandria and Jacob Broussard of Lafayette finished runners-up for the second straight year shooting a 36-hole total of 131. Four teams tied for third at 132; Ken Collins of Port Allen / Nicholas Arcement of Thibodaux, Eric Hoffman of Denham Springs / Dante Caldera of Greenwell Springs, Eli Ortego of Broussard / Jake Marler of Shreveport, and Griffin Dorr of Mandeville / Jack Abney of Slidell. The shot of the Championship belonged to Mike Stackus of Zachary, on the par 5 7th hole, he holed out from 252 yards with a 3-wood for an albatross.

It was another typical summer day for golf in South Louisiana with temperatures rising to the low 90s and scattered thunderstorms in the afternoon. Play was suspended for the second day in a row at 1:10 PM for a dangerous situation and play resumed at 2:54 PM. The Championship was a wonderful showcase of Ellendale Country Club which last hosted an LGA Championship 10 years ago. The course drew rave reviews and it was in excellent condition for the best Four-Ball teams in the state. Ellendale Country Club course played to a par of 72 at approximately 6,800 yards on Saturday.