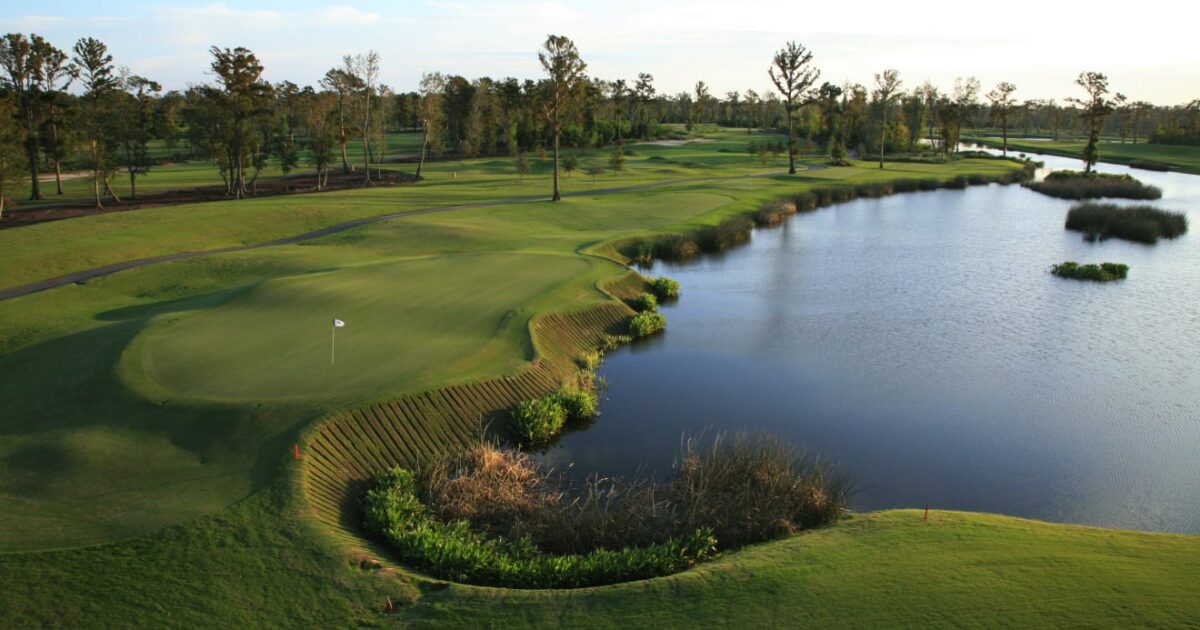 It was a memorable start to the 103rd Louisiana Amateur Championship at TPC Louisiana.  Brady Bennet of New Orleans, Erik Hsu of Monroe, Peyton Johnson of Shreveport, Andrew Noto of Metairie, and Dustin Petit of Luling set the tone, each carding an impressive five-under par 67.  They all took different routes to get to the top of the leaderboard.  Bennet made one eagle (par 5 11th), four birdies, and one bogey.  Hsu made eight birdies and three bogeys.  Johnson and Noto each made six birdies and one bogey.  All four of those players were in the morning wave of starting times.  Petit, the lowest scorer in the afternoon wave, was bogey-free on the day.  He shot 33-34 with birdies on holes 1,2,5,14, and 17 en route to 67.  2012 Champion Patrick Christovich of New Orleans and Grant Smith of Ruston are tied for sixth after rounds of four-under par 68.  Christovich, 43, won this event the last time it was conducted at TPC Louisiana.  In all, there were a total of 20 scores under par on Thursday. 29 players are at even par or better through 18 holes.

The Pete Dye designed TPC Louisiana course played to a par 72 at approximately 7,082 yards on Thursday. The challenging layout and course set-up provided a stern but fair test.  TPC Louisiana, host of the PGA Tour’s Zurich Classic, is in immaculate condition for this championship thanks to the efforts of Superintendent Tyler McCool and the agronomy staff.  They worked tirelessly all week to get the course ready and in championship condition, and the course drew rave reviews from this field of the top amateur golfers in the state.  It’s an even more impressive showcase when you consider that TPC Louisiana took it on the chin last August, losing approximately 700 trees after Hurricane Ida caused significant damage across the property.  They bounced back quick and the restoration has been amazing to see.