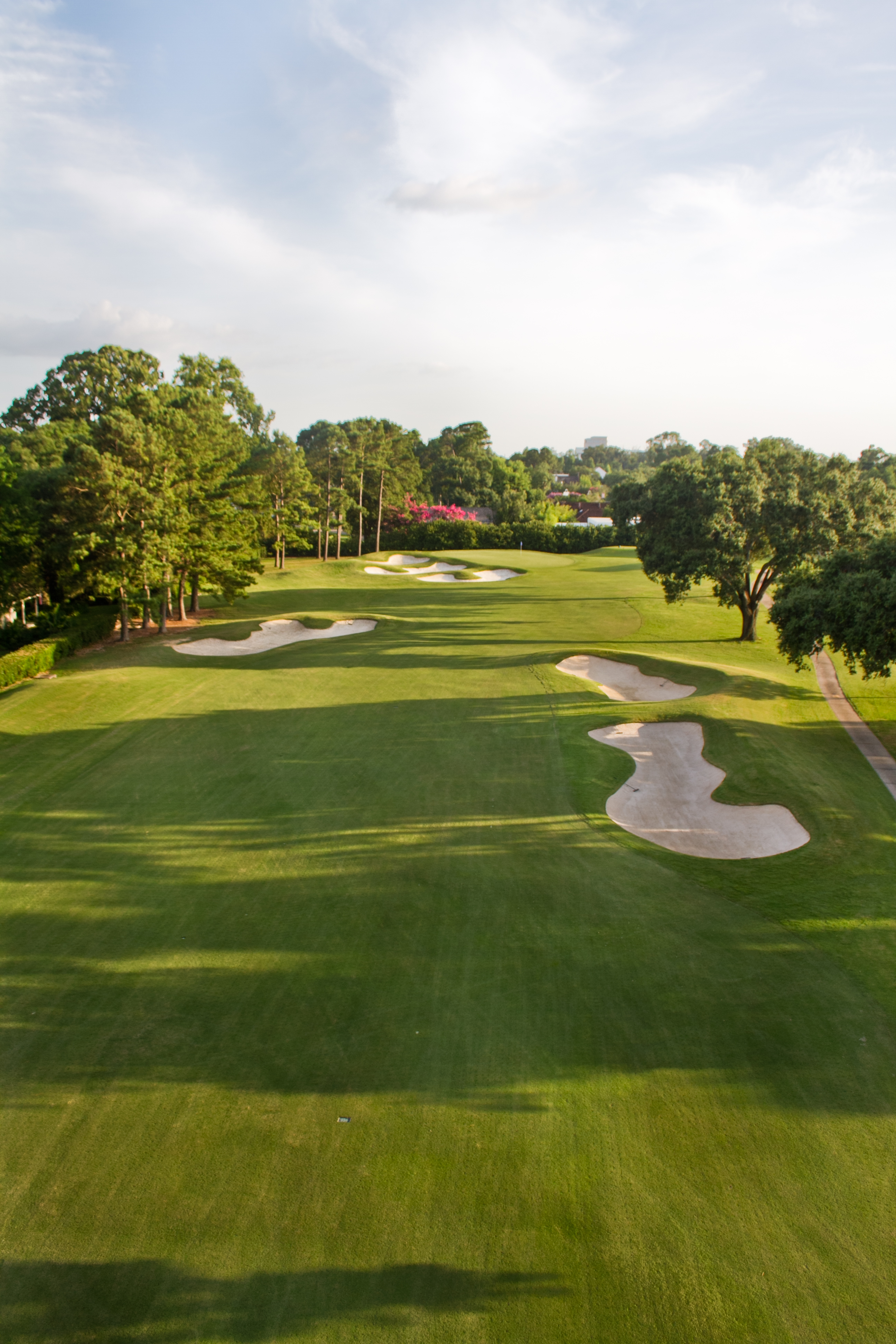 LAFAYETTE, LA. (June 11, 2019) – The Louisiana Golf Association (LGA) has accepted a total of 273 entries for the 100th Louisiana Amateur Championship at Baton Rouge Country Club. The LGA Amateur Championship will be held at the fabled course for the sixth time on July 18-21, 2019.
The 273 total entries for this year’s Amateur Championship were the most since 2000 and the fourth most all time. The record number of entries is 353, which occurred in 1999 when the LGA Amateur was conducted at the Country Club of Louisiana in Baton Rouge. The LGA accepted entries from 44 exempt players for the 100th LGA Amateur Championship. Therefore, the 229 players in sectional qualifying will be vying for 100 available spots in the championship proper as the LGA takes a field of 144 of the best amateur players in the state. Those competitors that are unsuccessful in qualifying will receive a $100 refund from their entry fee of $225.

“Statewide interest in competing in our Amateur Championship remains keen and contributes to a strong and competitive field,” said LGA Executive Director Logan Ray. “We look forward to conducting sectional qualifying and returning to Baton Rouge Country Club in July. Bringing the 100th State Amateur to BRCC is a testament to the quality of the golf course and the longevity of the strong relationship the LGA has with the club. We are excited to provide our players an opportunity to play this wonderful golf course and celebrate 100 years of golf in Louisiana.”

Baton Rouge Country Club, established in 1916, is one of the founding members of the Louisiana Golf Association and it is certainly fitting that the club will host the centennial edition of state’s most prestigious Amateur Championship. Baton Rouge Country Club first hosted the Louisiana State Amateur in 1923 and has hosted the event a total of five times in all (1923, 1942, 1949, 1953, and 1968). The 100th LGA Amateur in 2019 will mark the first time the LGA will conduct its marquee Championship at BRCC in 51 years (1968), an event won by Shirley Picard of Lafayette with a total of even par 288.

Highlighting the incredibly stout field this year are former LGA Amateur Champions Derek Busby of Ruston (2017) and Patrick Christovich of New Orleans (2012). These seasoned Mid-Amateur competitors will be formidable contenders at Baton Rouge Country Club. Busby, a member of Squire Creek Country Club, recently made it to the Round of 16 in the U.S. Amateur Four-Ball Championship at Bandon Dunes with his partner Stewart Hagestad. The last time Busby competed in the Louisiana Amateur, he ran away with the title, winning by four strokes over runner-up Trey Winstead of Baton Rouge. Busby is currently ranked 139 in the World Amateur Golf Rankings. Christovich won his Amateur Championship by five shots in 2012, and he is a four-time LGA Mid-Amateur Champion. Defending LGA Amateur Champion Brandon Aydlett moved out of state and will not be able to defend the title that he won last year at Oakbourne Country Club in Lafayette.

Other former Champions who are exempt and in the field are: 1991 LGA Amateur Champion Eddie Lyons of Shreveport and 1972 Champion Robert Shelton of Lafayette.

To be eligible, a player must have a Handicap Index® not exceeding 8.0 and be an active member of the Louisiana Golf Association. Sectional qualifying, which will be played over 18 holes at 8 sites across Louisiana, will take place between June 15-25. A field of 144 players will tee it up in the championship proper at Baton Rouge Country Club on July 18 and 19. The field will be cut to the low 60 scorers and ties for competition on Saturday and Sunday, July 20-21.

The LGA received 157 entries in the last 48 hours that applications were accepted. Nicholas Ashy from Baton Rouge was the last entry, and he submitted his entry five minutes before the deadline of 5 p.m. CST. Gage Primeaux of Lake Charles, who is exempt from qualifying and finished T36 last year and 6th in 2017, was the first entrant on February 1. As mentioned above, there are eight sectional qualifying sites, and the Baton Rouge Area Qualifier at Santa Maria Golf Course reached a maximum capacity of 93 players just before 3:00 PM on the entry deadline date.

More information about the 100th Louisiana Amateur Championship at Baton Rouge Country Club, including sectional qualifying schedules, is available at www.LGAgolf.org. All pairings and starting times for the eight sectional qualifiers will be posted no later than Wednesday, June 12 and can be accessed by clicking the link for each respective qualifier above.

Here’s the complete list of the 44 golfers who are fully exempt into the 100th Louisiana Amateur: