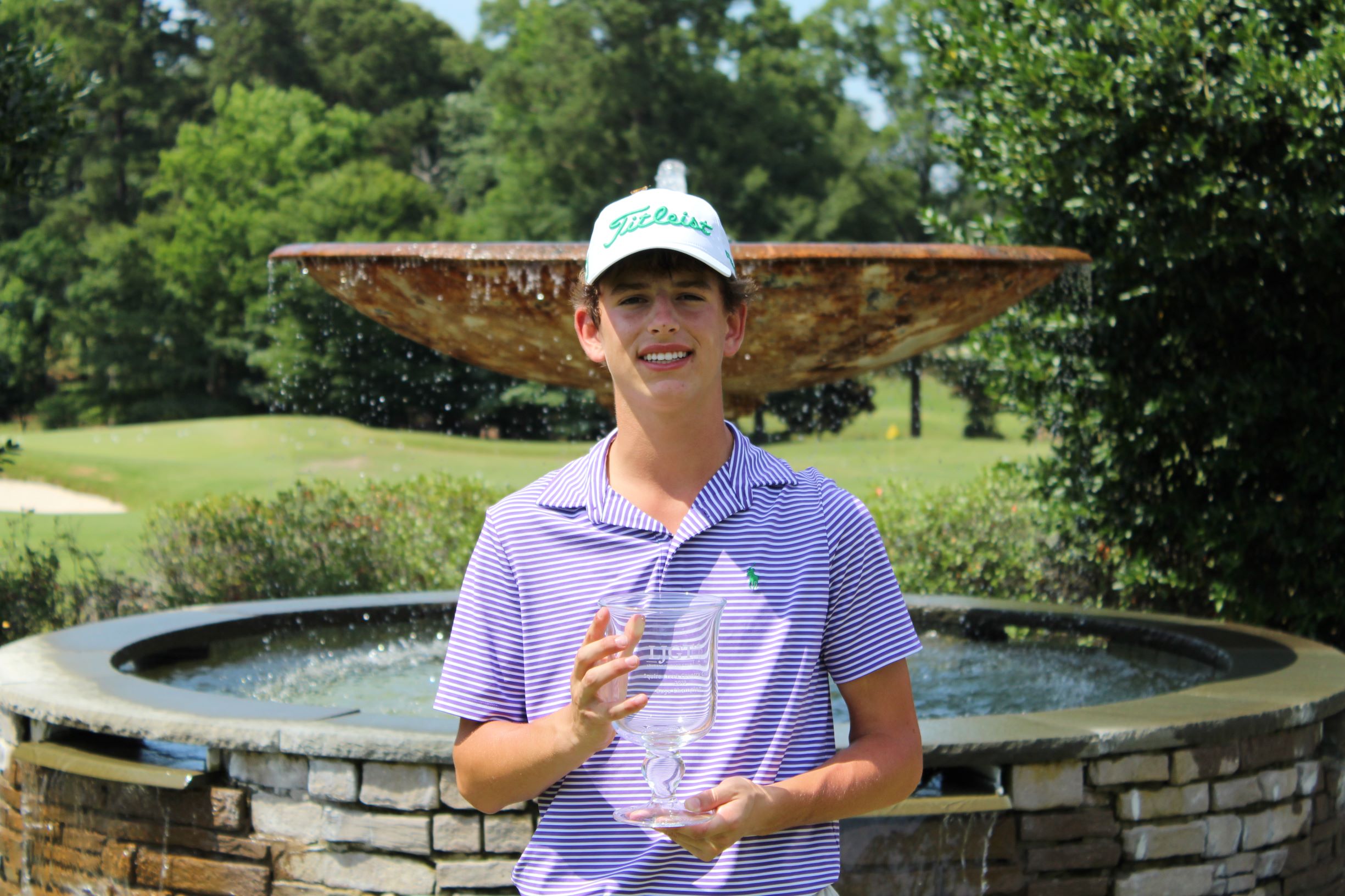 A beautiful sunny day at Squire Creek Country Club made for perfect scoring conditions for the Final Round of the Louisiana Junior Golf Tour at Squire Creek.  Boyd Owens of Baton Rouge and Sarah Meral of Abita Springs emerged victorious in their respective divisions after playing brilliantly on the final 18 holes of the tournament. Owens fired the low round of the week, a four-under par 68 and won the Boys Overall Championship by six strokes over runner-up Noah McWilliams of Benton.  Owens, a rising sophomore at Episcopal High in Baton Rouge, was the only competitor to finish under par for the Tournament, and his stellar round included six birdies and an eagle.  Rounding out the top five in the Boys Division are: 3) Ethan Dial of Bossier City (72-77-149), T4) Eli Hill of Bossier City (77-73-150), Gage Burnham of Haynesville (76-74-150), Walter Anderson of Baton Rouge (75-75-150) and Griffin Dorr of New Orleans (75-75-150).  Meral’s final round one-under 71 earned her a three-shot victory over runner-up Eila Galitsky of Thailand.  Meral’s round included 5 birdies and four bogeys.  Bridget Ma of Naperville, IL finished in third place.

Owen’s impressive round got off to a rocky bogey, double-bogey start on the 1st and 2nd holes.  He made his first birdie at the par 3 3rd hole and never looked back.  He would go on to make four more birdies and an eagle on the par 5 11th to cap off a 7-under run through a 9-hole stretch. A lone bogey on the 12th hole covered up by a birdie on the par 3 16th would lead to a final round 68. Bringing his 36-hole total to two-under par 142 and sealing the six-shot victory.

The Tom Fazio designed Squire Creek Country Club was in impeccable condition for this event. Superintendent Nick Cauley and his staff did an excellent job getting the course in championship condition. The golf course drew rave reviews from the best junior competitors in the region. The course played to a par 72 at 6,602 yards for the Overall Boys Division and 5,341 yards for the Overall Girls Division and Boys 11-13.

The next LJGT event is scheduled for July 23-24 at East Ridge Country Club in Squire Creek Country Club.