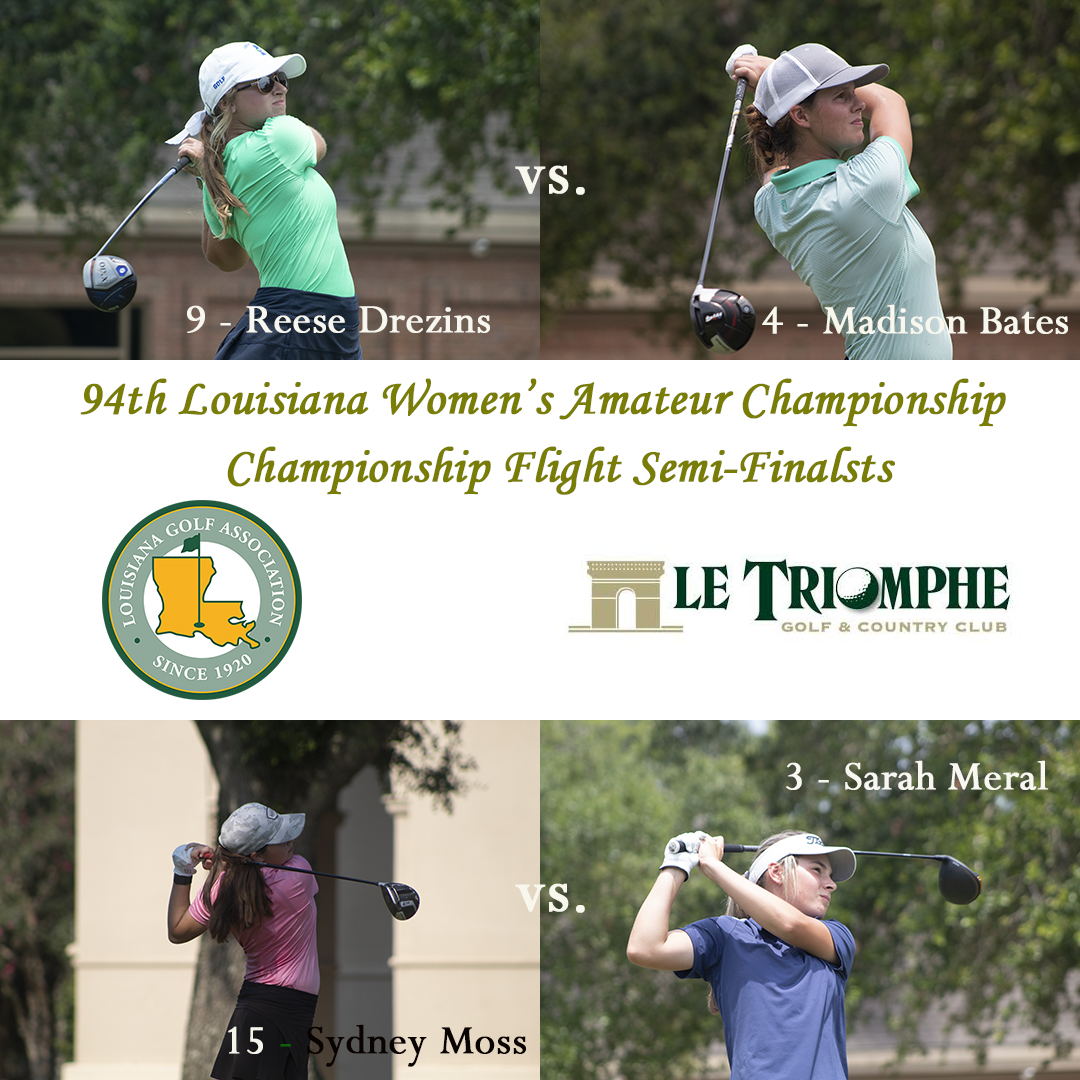 It was an incredible day of golf at Le Triomphe Golf & Country Club, with the best amateurs in the state competing at a high level over two rounds of match play.  The day started with a 16 seeded bracket, and when the dust settled, only 4 players remained with a shot at winning the 94th Louisiana Women’s Amateur Championship.  Sunday’s Semifinal Matches are set and sure to be competitive.  The battle of the juniors (both 2022 graduates) will be Sarah Meral of Abita Springs vs. Sydney Moss of Shreveport.  Meral finished runner-up in this Championship last year, and she gained valuable experience she takes with her in this match play format.  She is committed to play college golf at Troy University.  Moss, the 2020 Louisiana Girls’ Junior Amateur Champion, is headed to The University of Memphis to play for the Tigers.  She won an epic 22-hole match over Liza Lapeyre of New Orleans in the Round of 16 Saturday morning and then defeated Kaitlyn Montoya of Shreveport 3 & 2 Saturday afternoon. The other Semifinal Match is between Madison Bates of New Orleans and Reese Drezins of Slidell.  Bates has played well this weekend and won two close matches on Saturday, defeating Ali Lucas of Crowley 1 up, and she earned a hard-fought victory over Lauren Aillet of Lafayette in a 19-hole match.  Bates, a recent graduate from Loyola University in New Orleans, made a birdie on the first extra hole, the par 5 1st, to win.  Drezins, a rising junior at Texas A&M University-Corpus Christi, knocked off #1 seed Kay Daniel of Covington 1 up in the Quarterfinals.

It was a hot Louisiana summer day with temperatures approaching the upper-90’s by mid-morning.  The Robert Trent Jones, Jr. designed Le Triomphe Golf & Country Club course was in excellent condition and played to a par 73 at approximately 6,100 yards for the Championship.