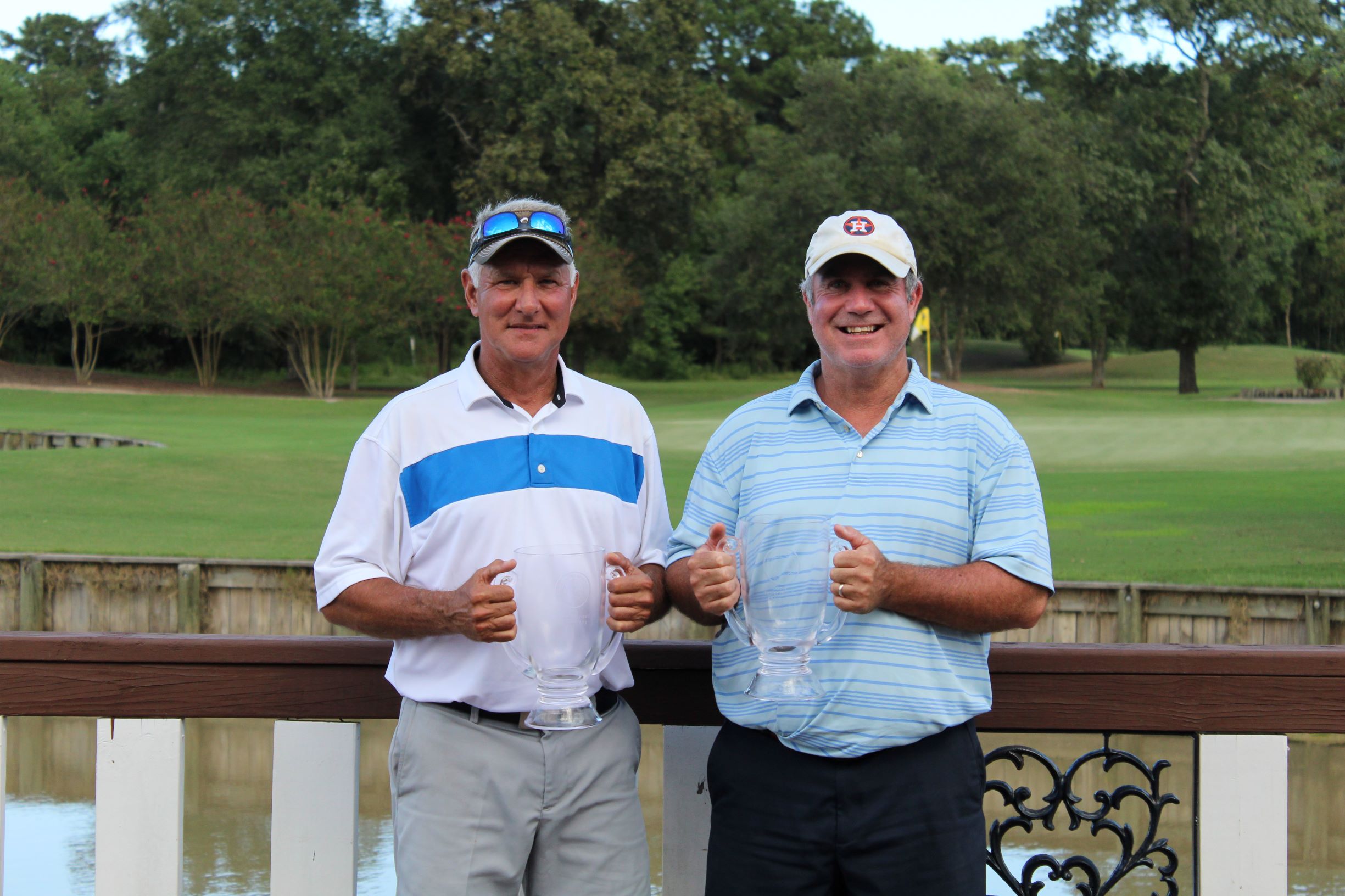 Robby McWilliams of Benton and Rod Baronet of Lecompte captured their first LGA Senior Four-Ball title in record setting fashion on Sunday, edging out Lafayette’s Bill Land and Eric Lavespere of Monroe by one shot. After firing an incredible 11-under par 61, the lowest first round in the history of this championship on Saturday, McWilliams and Baronet fired a bogey free final round 64, accruing eight birdies for the side on the day on holes #1, #2, #6, #7, #9, #11, #12 & #14. Their 61-64 19-under par 125 sets the record for lowest 36-hole score ever in the history of this championship. Rounding out the top five are: 3) Bob Cooper/Stan Humphries of Monroe (-17/64-63-127), T4) Cade Hebert of Abbeville/David Duhon of St. Martinville (-11/64-69-133) and defending champions Bart Dornier of Metairie/Ken Buchan of Monroe (-11/66-67-133). McWilliams is the reigning LGA Senior Amateur Champion and this victory secures his 2019 Louisiana Senior Player of the Year award. This was certainly an incredible way to cap off a stellar season for both Baronet and McWilliams.

The LGA also conducted a Super Senior division Championship for those competitors 65 years of age and older. In that Championship Harold Turner and Mickey McDonald of Shreveport took a three-shot lead into Sunday’s final round and staved off the defending champions Henry Cole of Monroe and Wayne Peddy of Ruston for a one-shot. This was a redemption year for McDonald and Turner who lost to Cole and Peddy in a sudden death playoff in last year’s LGA Senior Four-Ball Championship. Rounds of 65-69 would be the winning recipe as the Southern Trace Country Club members finished at 10-under par 134 for the championship. Corky Yates of Pineville and Frank Brame of Alexandria finished in third place in the Super Senior Division, with a seven-under par, (70-67) 137 36-hole total.

This year’s Championship was conducted at the beautiful Koasati Pines at Coushatta. After weathering the outer bands of tropical storm Imelda earlier in the week, Golf Course Superintendent Brent Leblanc and his staff had the course in remarkable condition, and it drew rave reviews from this field of the best Senior amateur players in the state. The Koasati Pines course played to a par of 72 at approximately 6,500 yards on Sunday for the Seniors and 6,000 yards for the Super Seniors on what turned out to be a beautiful September day in south Louisiana. Koasati Pines will host the 2020 LGA Senior Amateur Championship and U.S. Open Local Qualifier in May.