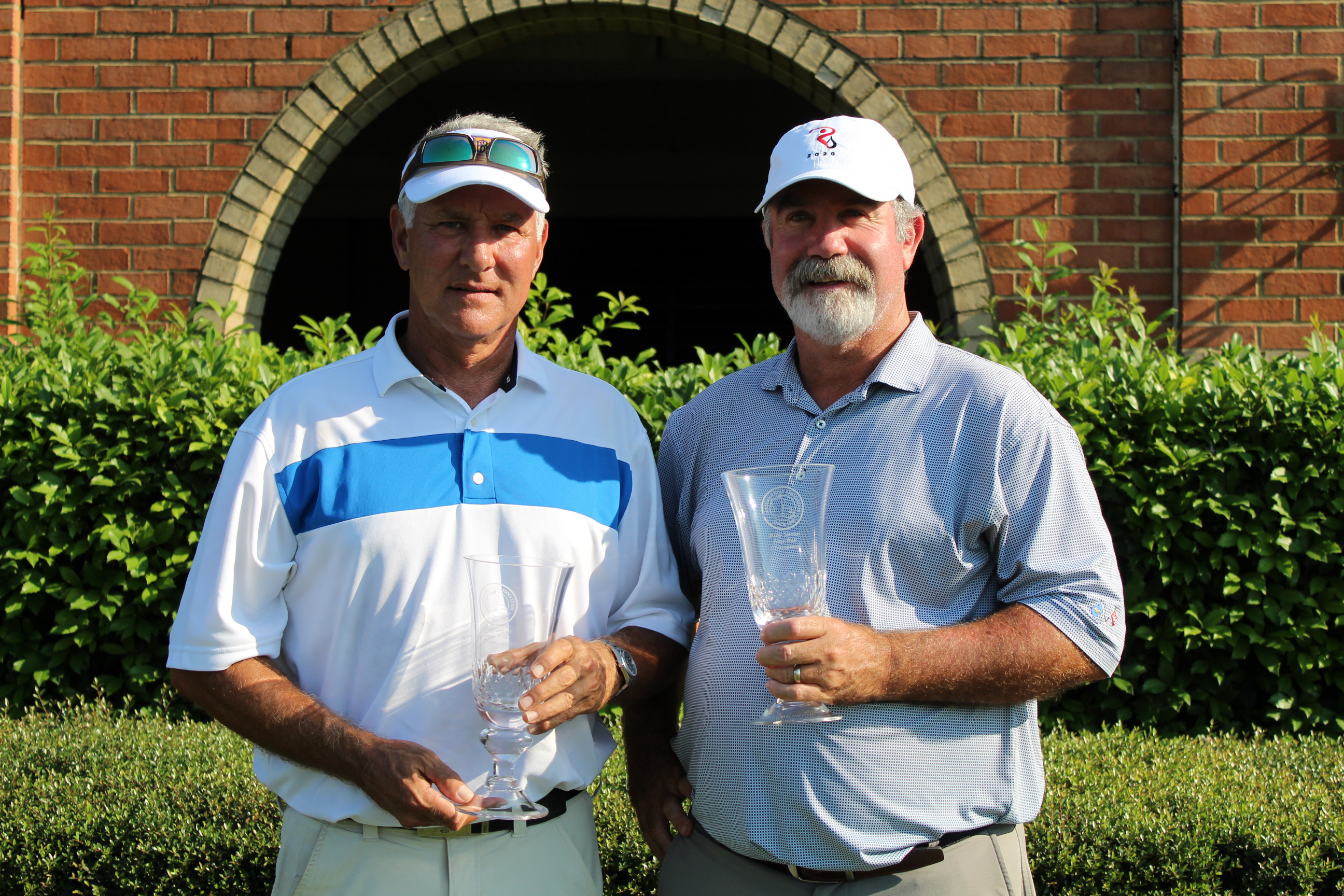 Robby McWilliams of Benton and Rod Baronet of Lecompte won their second consecutive LGA Senior Four-Ball Championship at Southern Trace Country Club. McWilliams and Baronet would need extra holes after being tied with Billy Joe Tolliver and Burt Allen of Shreveport at thirteen-under par 131. The playoff began on the par 5 18th hole, both Allen and McWilliams had birdie putts but neither one could get it to fall. The Playoff moved to the par 5 1st hole where the length of Baronet proved to be the deciding factor. Baronet was the only player who hit his second shot onto the green in two leaving himself just 12 feet for eagle. Allen hit an excellent third pitch shot to about 8 feet for his birdie putt but he would never get a chance to hit it after Baronet rolled in his eagle putt for the victory. Bart Dornier of Metairie and Ken Buchan of Monroe who won the 2016 LGA Senior Four-Ball Championship finished in solo third place at eleven-under par 133.

The LGA also conducted a Super Senior division Championship for those competitors 65 years of age and older.  In that Championship Harold Turner and Mickey McDonald of Shreveport also won their second consecutive Championship over Frank Brame and Charlie Weems by one stroke at seven-under par 137. Finishing in tied for third place, with a three-under par, 141 36-hole total the side of Henry Cole of Monroe and Wayne Peddy of Ruston and Les O’Neal and Cecil Harris of Denham Springs respectively.

This year’s Championship was held at Southern Trace Country Club. After weathering the outer bands of Hurricane Delta on Friday night, Golf Course Superintendent Graham Kornmeyer and his staff had the course in remarkable condition, and the course drew rave reviews from this field of the best Senior players in the state. The shot of the Championship belonged to Carey Satre of West Monroe who aced the par 3 13th hole with a 4-hybrid from 198 yards. The low round of the Championship belonged to Mike Walpole of Choudrant and Rick Hanna of Winnfield who fired and eight-under par 64 on Sunday to finish in seventh place. Southern Trace played to a par of 72 at approximately 6,400 yards on Sunday for the Seniors and 5,900 yards for the Super Seniors on what turned out to be a beautiful October day in north Louisiana.