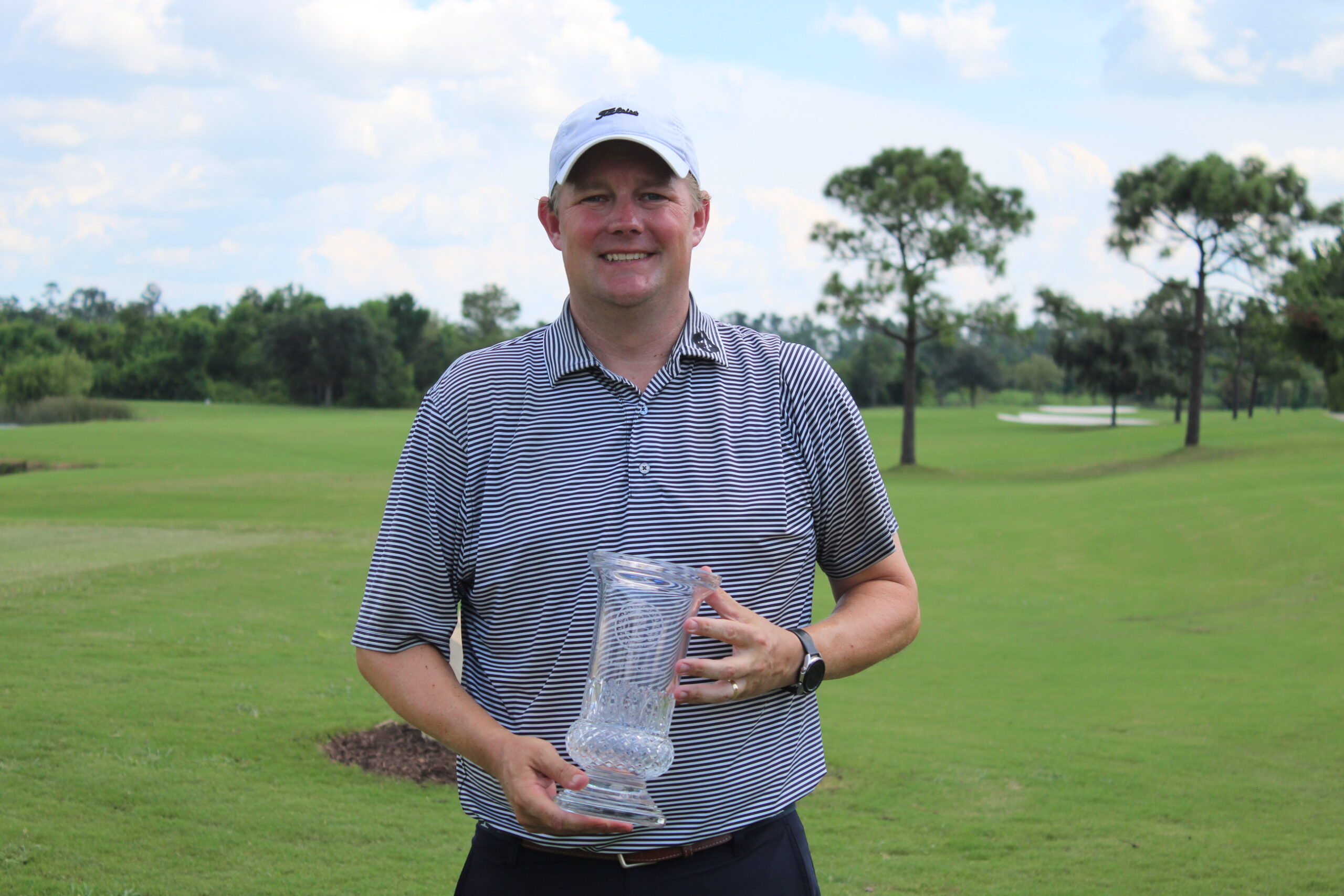 Nobody has dominated Louisiana amateur golf more in the last decade than Patrick Christovich of New Orleans. Christovich added another title to his name on Sunday at Contraband Bayou Golf Club, winning the 29th Louisiana Mid-Amateur Championship by three strokes after shooting rounds of 65-71-67 to finish at ten-under par 203 for the Championship. This is Christovich’s fifth LGA Mid-Amateur Championship, having previously won the event in 2010, 2011, 2012, and 2013. He also finished runner-up three times from 2015-2017. The 203 total is tied for the lowest score in Championship history, a record set by Christovich at Southern Trace Country Club in 2010, and it is the record low 54-hole score at a par 71 golf course. Combined with his 2012 Louisiana Amateur Championship, Christovich now becomes the third most decorated LGA amateur champion of all-time dating back to 1920. Only Tommy Brennan of Covington and the late Jimmy McGonagill of Shreveport have more LGA Championships to their name. Christovich jumped 10 spots to the number one position in the Louisiana Amateur Player of the Year race following this victory. Hank Shaheen of Dequincy fired the low round of the Championship on Sunday, a seven-under par 64, to finish runner-up at 206.

Christovich birdied the par 4 10th hole and Nicholas birdied the par 4 12th hole. Christovich made his only bogey of the day at the par 3 13th hole, and Nicholas made a par, so they were tied for the lead at nine-under par when they stepped on the 14th tee. This proved to be the monumental momentum shift. Christovich caught a break when his drive deflected off a tree and safely into the rough. He would go on to make birdie after hitting the flagstick with his approach shot. Nicholas three-putted for bogey, and Christovich took a two-shot lead. Christovich coasted home with four consecutive pars to shoot 67.  Shaheen’s final round 64 was tied for the lowest final round in championship history. Rounding out the top 10 are:

The Tom Fazio designed Contraband Bayou course played to a par 71 at approximately 6,823 yards on Sunday and the course drew rave reviews from this field of the best amateur golfers in Louisiana over the age of 25. The course received over three inches of rain overnight between the second and third rounds, but the maintenance staff led by superintendent Kevin Belle worked tirelessly to get the course in championship condition. This was the first time that Contraband Bayou hosted the Louisiana Mid-Amateur Championship in its history, and it will also host the U.S. Mid-Amateur Championship Qualifier on Monday.

The low 30 scorers are exempt from qualifying for next year’s championship and the top 20 players earned prizes in the form of gift certificates redeemable at the L’Auberge Casino Resort.