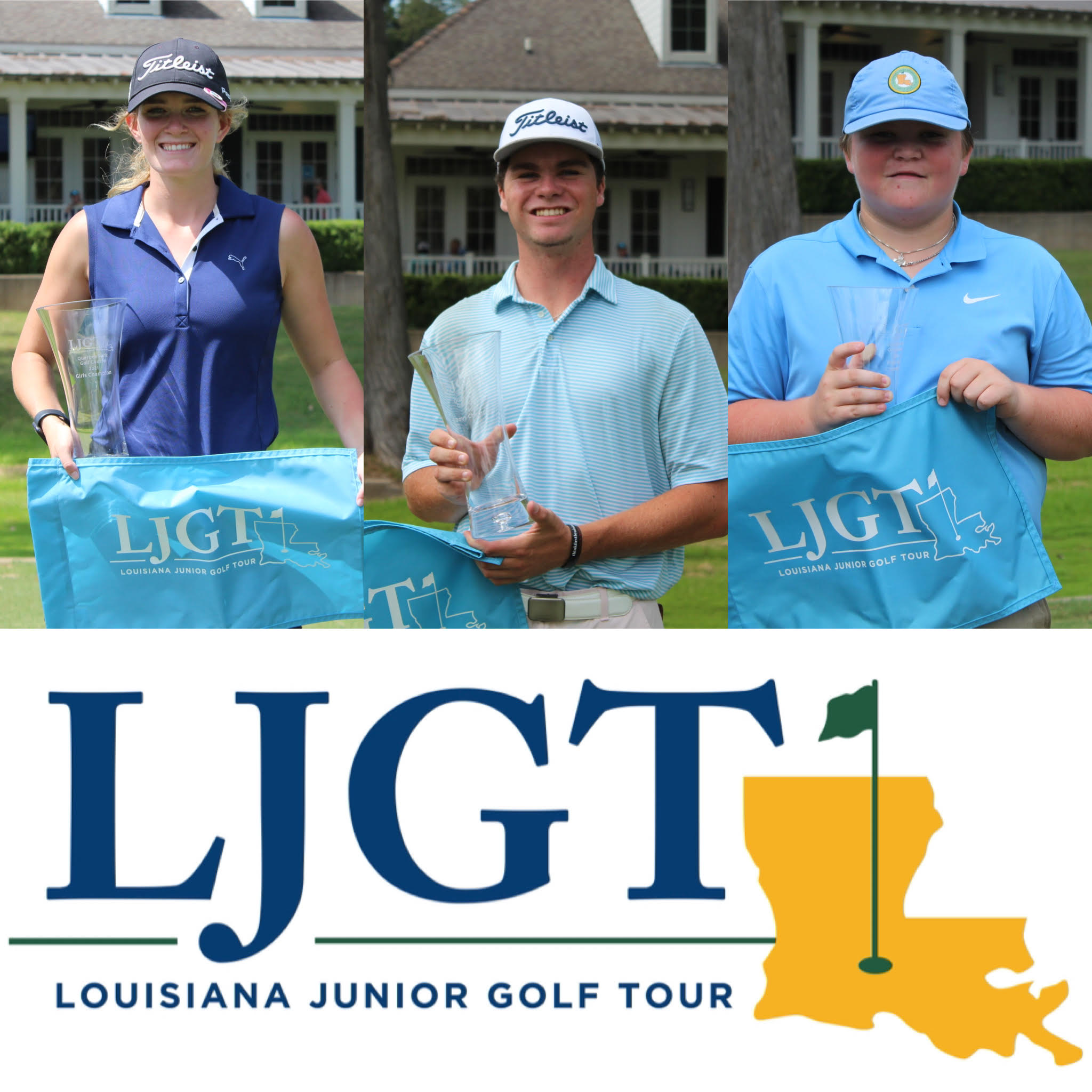 Noah McWilliams of Benton secures his first victory of the Louisiana Junior Golf Tour season after 37 holes at Querbes Park Golf Club. McWilliams edged out Peyton Johnson of Shreveport in the Overall Boys division. McWilliams, who finally gets over the hump after 2nd place finishes at the David Toms Junior Championship and the LJGT at Oakwing, was in a three way tie for the lead after the first round with four-under par 67 and backed it up with a one-over par 72 to finish the tournament with a three-under par 139. Peyton Johnson also shot 37-72 to finish three-under par to force the playoff. The sudden-death playoff took place on the par 4 hole 1, playing at 315 yards. McWilliams left his tee shot just 5 feet short of the green and capped off the playoff win by getting up and down for birdie. Finishing behind McWilliams and Johnson and taking third place was Ethan Dial of Bossier City. Alston Manne of Baton Rouge takes home the 15-and-under medalist honor with his 4th place finish at even-par for the tournament. With this win at Querbes, Noah McWilliams stretches his lead atop the LJGT Overall Boys Player of the Year race while Dial stays close with another Top-3 finish.

Sarah Knight of Sterlington takes home her second win of the LJGT season with her championship in the Overall Girls’ division. Knight shot a five-over par 147 for the tournament, including the low round in the division (two-over 73) in the second round, to edge out Sydney Moss and the rest of the field. Sydney Moss of Shreveport finishes just two shots behind to take second place with a seven-over par finish for the tournament and Abigail McWilliams of Benton finishing in third carding a fourteen-over tournament score. Sarah Knight also extends her lead in the race for the LJGT Girls Player of the Year race with her win at Querbes, continuing the streak of finishing top 4 in every LJGT Event she has started in this season.

Slayte Guidry of Logansport ran away the Boys’ 11-13 Division while shooting the two lowest rounds of the tournament division, a seven-over par 78 on the first round and a four-over par 75 in second round. Guidry’s eleven-over par total of 153 was more than enough to hold off the field to win his first LJGT event of the season. This is Slayte’s third straight Top-3 finish in the Boys’ 11-13 division this season. Grant Psalmonds of Shreveport takes second place honors in his first LJGT start of the season.

The LJGT at Querbes is the second straight LJGT event to not experience a delay during the tournament. Both days saw sunny skies and 80-90 degree heat with a slight breeze.