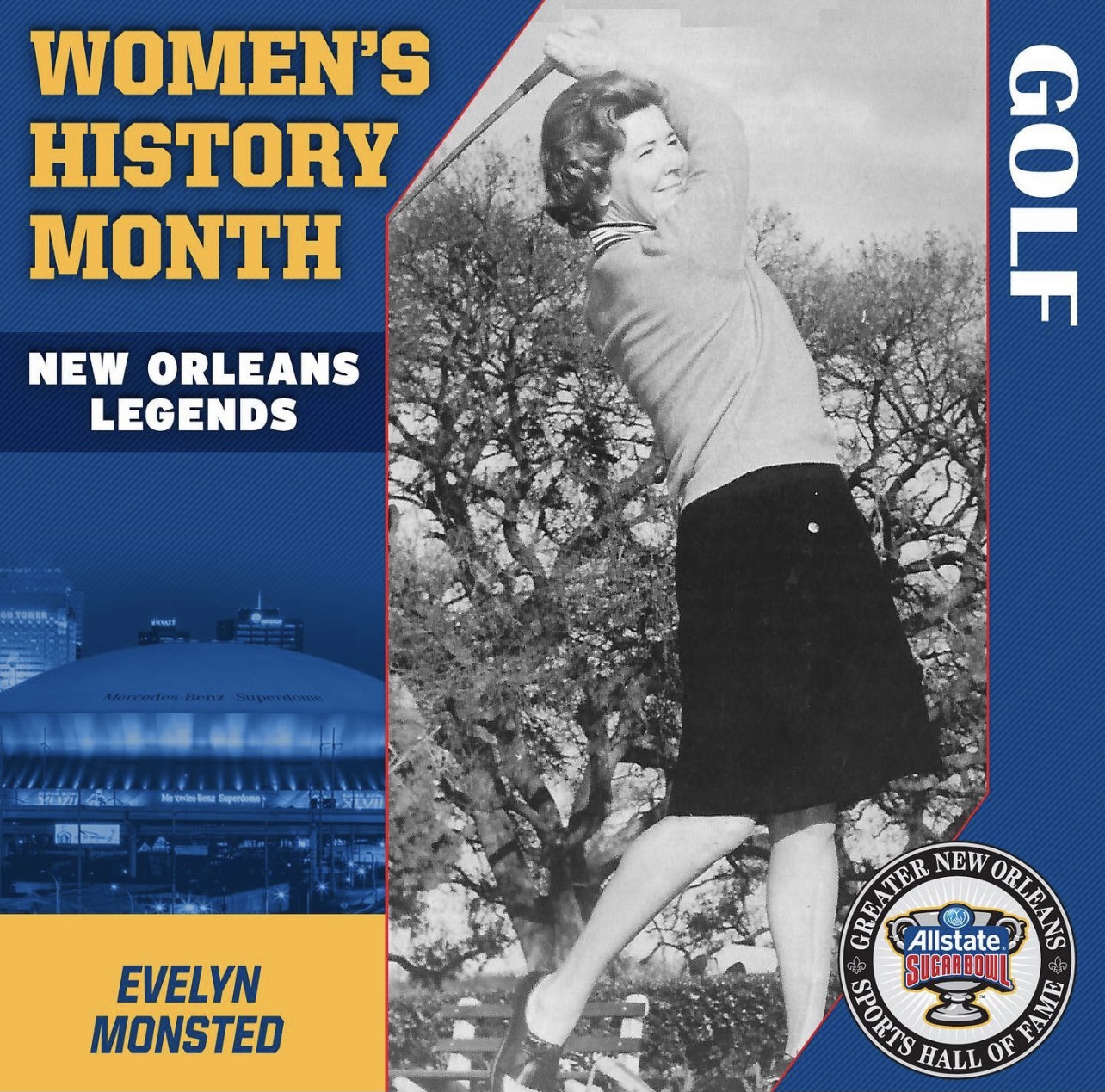 Evelyn Monsted was a true pioneer for women in the sport of golf. She joined the Women’s Committee of the United States Golf Association (USGA) in 1959, and in her 35 years as a volunteer, helped create a larger role for women in the administration of the USGA Championships.

When she served as Women’s Committee Chair in 1968 and 1969, she upped her efforts and opened many doors in the organization.

“Evelyn Monsted is my hero,” Judy Bell, who was the first female president of the USGA in 1996-97, told the Times-Picayune in 1994. “Her presence truly has been felt in golf. She has been one of the greatest friends to golf, not just in this country. She has ties around the world.”

The USGA celebrated its Centennial year in 1995 and established the Ike Grainger Award to honor individuals who served in the organization as volunteers for 25 years or more. Monsted was one of the first recipients.

In addition to her more than 35 years as a USGA volunteer, she held the prestigious position of non-playing Captain of the 1968 U.S. Curtis Cup Team, which defeated Great Britain and Ireland in Newcastle, Northern Ireland. She served in the same role when the United States team won the Women’s World Amateur Team Championship in Buenos Aires in 1972. Following that victory, she received a signed congratulatory note from President Richard Nixon.

Monsted was not just an organizer, she was also an exceptional golfer. She won the 1967 Louisiana Women’s State Golf Association Championship, also claiming the senior title, Medalist (lowest scorer of the day) and putting contest. She also won the New Orleans Country Club women’s championship 15 times and was a quarterfinalist in the 1962 Southern Amateur.

As of 1968, she still had a seven handicap after being a five handicap for over 25 years. Her lowest score was a 72 and she made a prized hole-in-one on the 17th hole at the Metairie Country Club.

She rapidly picked up golf just after marrying Robert Monsted in 1936. Her husband was recognized as one of the best players in New Orleans and shortly after their honeymoon, he set her up with golf lessons at the New Orleans Country Club.

In 1986 Monsted co-founded and captained the inaugural Senior Women’s Invitation Match, an international competition between outstanding senior women golfers in North America and their counterparts in the UK and Europe. She also served as president of both the Louisiana Women’s State Golf Association and the Women’s Southern Golf Association. In 2007, the Women’s Southern Golf Association began presenting the Evelyn Monsted Medalist Trophy to the contestant with the lowest qualifying score in its amateur championship.

Born in Galveston, Texas, on October 10, 1915, the Walker family moved to New Orleans when she was three. She graduated from Louise S. McGehee School and attended the University of Oklahoma. She died on August 23, 2005 at the age of 89 in New Orleans.