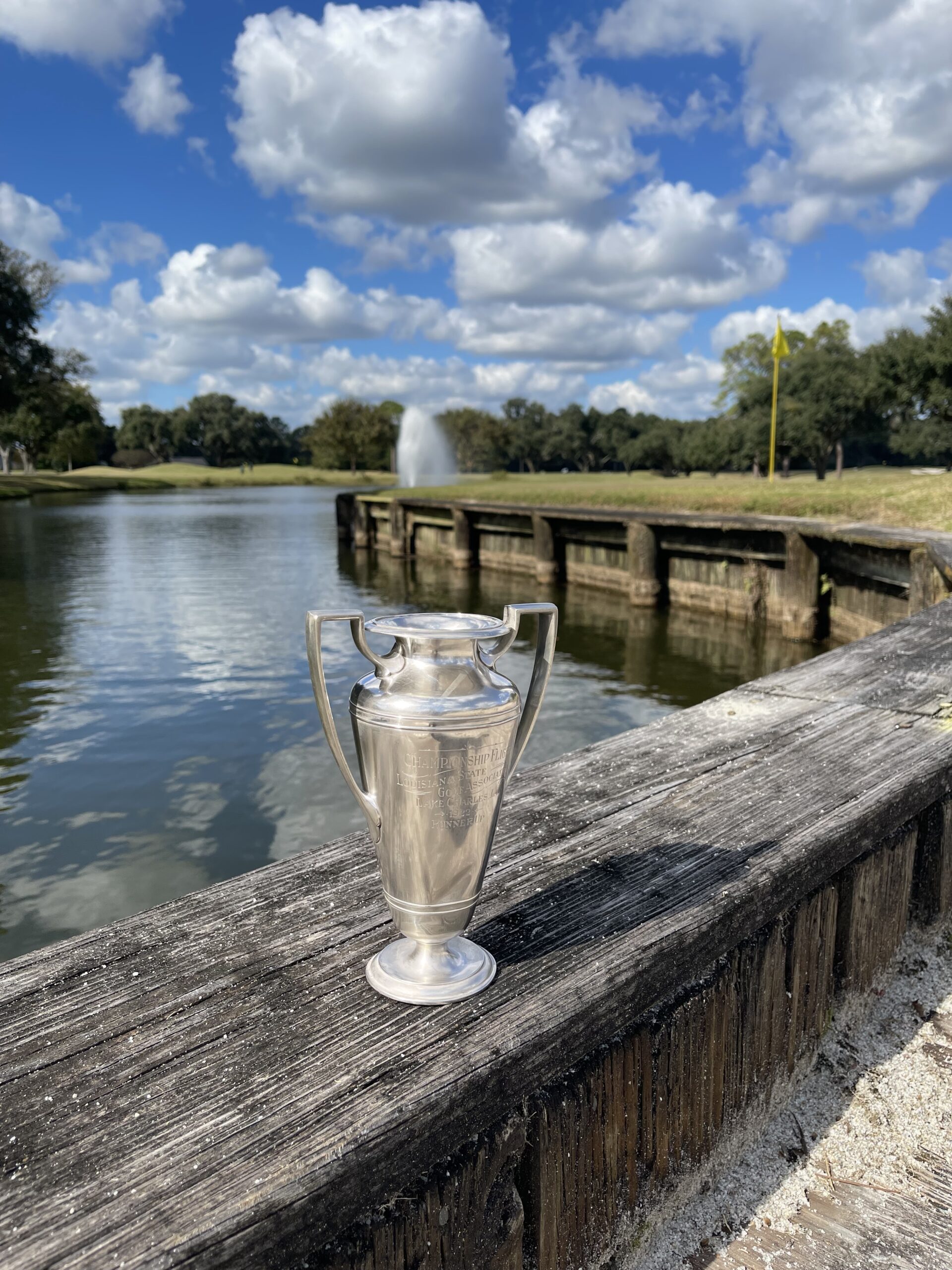 The Louisiana Golf Association (LGA) now has in its possession the oldest artifact in the history of the association, which dates back to 1920. The game of golf brings people together from all walks of life, and it was a happenstance that connected the LGA with the runner-up trophy from the 1922 Louisiana Amateur Championship at Lake Charles Country Club. It belonged to R.P. “Bob” Lockett of New Orleans. Frank Godchaux of Abbeville defeated Lockett 6 and 5 in the third playing of the Louisiana Amateur Championship. The LGA plans to put the trophy on a permanent base and use it as a perpetual trophy to be displayed at the home club of its Amateur Championship runner-up each year.

A tremendous thanks goes out to Mary “Meg” Retersdorf of Pass Christian, Mississippi. She found the trophy while she was going through the estate of her uncle, Bob Lockett. She contacted the LGA office and inquired if the association would be interested in the trophy. Ms. Retersdorf was gracious enough to donate the trophy in honor of her uncle. We cannot thank her enough. Bob’s legacy will live on through this award. We also thank LGA Director Mary Capouch for facilitating the pick-up of the trophy in Pass Christian.

The trophy is comprised of sterling silver and stands 8 inches tall and 5 inches wide. It has a beautiful hand engraving that reads: