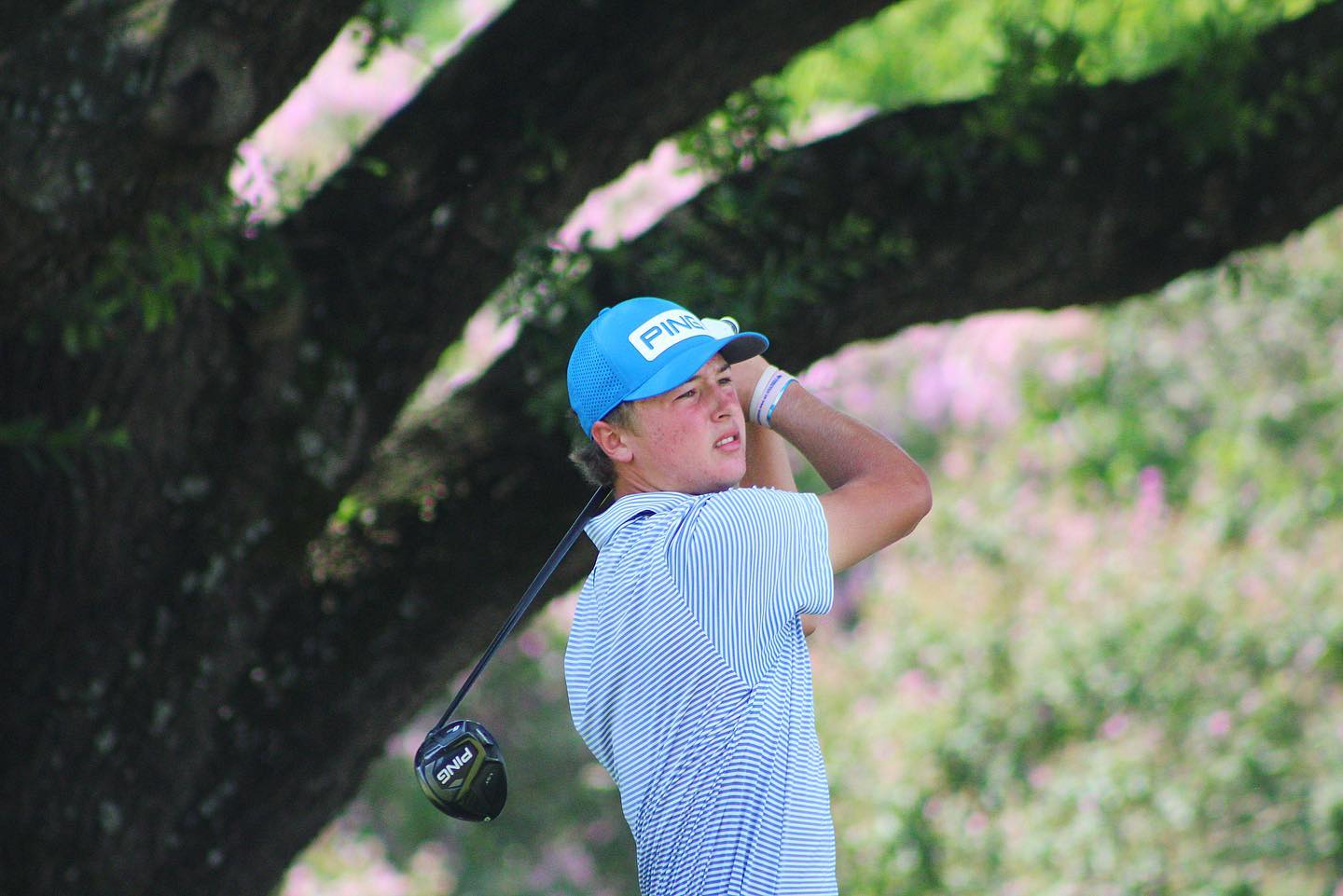 Defending Champion Kale Fontenot of Lafayette leads a talented field at the 65th playing of the Louisiana Junior Amateur Championship after Round 1. Fontenot shot a four-under par 67 to end up atop the leaderboard. Noah McWilliams of Benton trails by one stroke after 18 holes and James Holtsclaw of Shreveport trails by two strokes after shooting an opening round of two under par 69. These three players were the only players under par after the opening round and they will be paired together for Thursday’s Second Round. There are nine other players at two-over par or better with 36 holes remaining in the Championship.