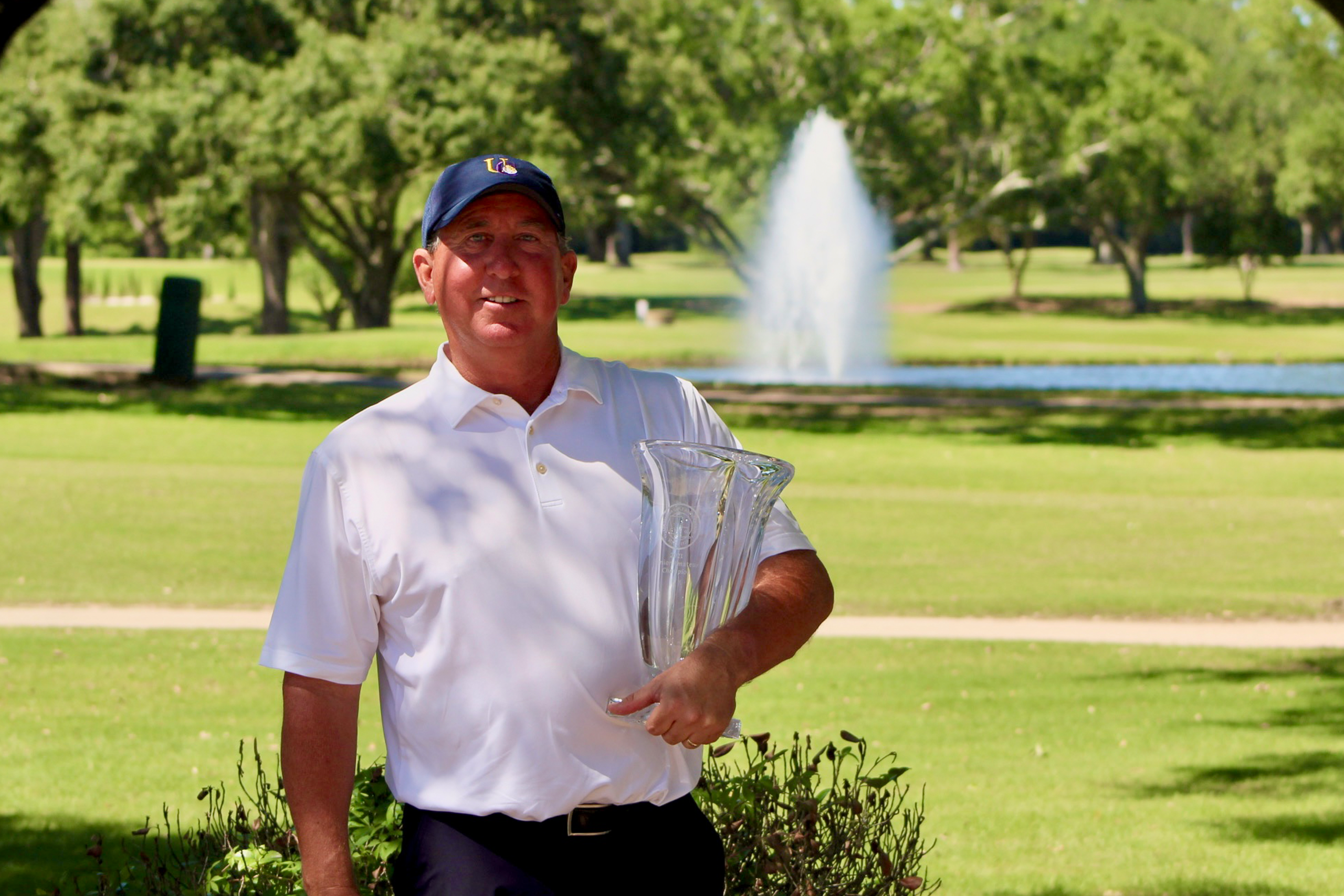 Jeff Calloway of Baton Rouge battled the course, the elements, and the field all day, finally taking advantage of some good breaks provided by the golf gods on the final hole to win his first Louisiana Golf Association (LGA) Senior Amateur Championship, besting Benton’s Robby McWilliams by one shot.

Calloway fired rounds of 72/75/72 to finish at three-over 219, his final round of even par 72 was the best round of the day, matched only by Houma’s John Dupont.  McWilliams, who was attempting to win his third consecutive Senior Amateur Championship, having won this event in 2019 at Money Hill G & CC and at Koasati Pines in Kinder in 2020, finished as runner-up for the second time.

Reaching the 18th tee two shots behind McWilliams, Calloway found his drive blocked by tree limbs on the dogleg of the difficult par-four finishing hole.  McWilliams hit his drive into the penalty area left of the fairway, and, after taking a drop, hit his third shot just left of the green.  Unfortunately, the hole location was also on the left side of the green, setting up an almost impossible pitch to save bogey.   Calloway elected to simply punch out for his second shot to 40 yards short of the green, then hit his third to 10 feet.  McWilliams put his pitch 25 feet right of the hole, hitting his first putt five feet past.  After Calloway poured his 10-footer into the hole to save par, McWilliams needed to sink his five-footer for six to force a playoff. The putt just slipped by the hole, giving Calloway his first Championship.  The LGA Senior Amateur pits the top Louisiana Seniors ((50+ years of age) for the most coveted Senior Amateur Championship in the state and is conducted over 54 holes of stroke play competition.

As mentioned, this year’s Championship was conducted at the Oakbourne Country Club course in Lafayette, a Dick Wilson-design that continued to draw compliments from this field of the top Senior players in Louisiana.  The par-72 track played at just over 6,600 yards for the final round of this Championship, which was played under gorgeous weather conditions with swirling breezes. The course, which opened in 1955 and is considered one of the best tracks in Louisiana provided a great venue for the Championship.