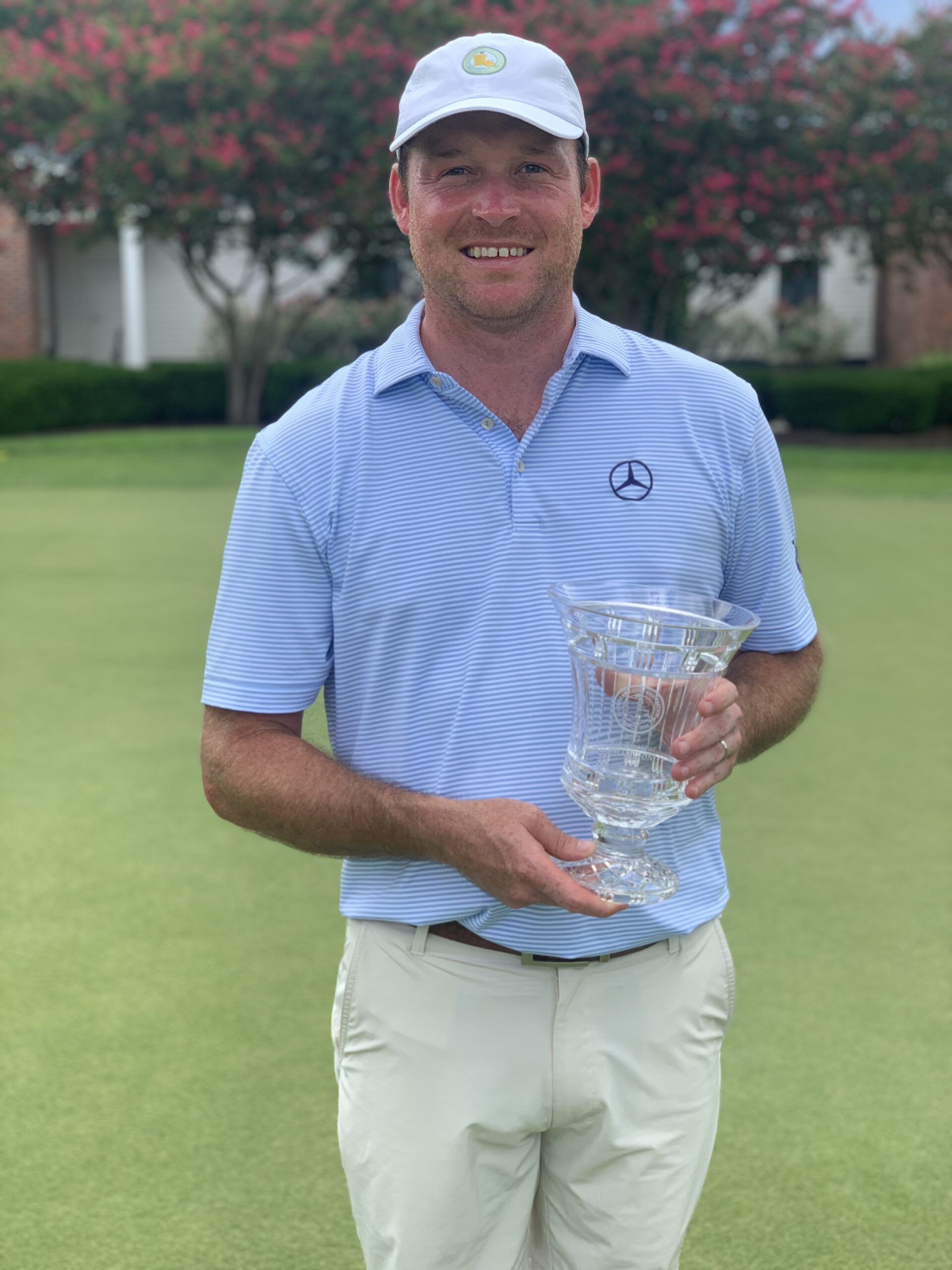 It was a historic day at Koasati Pines at Coushatta. Greg Berthelot of Baton Rouge fired a final round 65 to win the 30th Louisiana Mid-Amateur Championship by six strokes and eclipse the all-time scoring record. Berthelot carded rounds of 67-70-65 to finish at 14-under par 202. Berthelot is now the undisputed best amateur golfer in Louisiana. He becomes the third player ever to win the Louisiana Amateur and Mid-Amateur Championships in the same year. That impressive feat was also accomplished by Craig Webb in 1999 and Patrick Christovich in 2012. Berthelot’s 65 is tied for the lowest final round in Louisiana Mid-Amateur Championship history (2018 Champion Hank Shaheen also shot 65 in the final round at Le Triomphe Golf & Country Club). 2019 Champion Derek Busby of Ruston (69-70-69) and Josh Fullilove of Larose (69-69-70) finished tied for second at 8-under par 208. Rounding out the top 5 in a tie for fourth place at 7-under par 209 were 2009 Champion Matt Nicholas of Lake Charles (72-70-67) and Jonathan Jeter of New Orleans (73-68-68).

Berthelot started the day at 7-under par and 3 shots behind 36-hole leader Kelsey Angelle of Youngsville. It only took two holes for Berthelot to seize the lead outright, and he never relinquished it. Angelle stumbled out of the gate, making a double bogey at the par 5 1st hole, while Berthelot made a birdie. Berthelot would go on to birdie holes #2, #4, #6, and #9, while making only one bogey on the inward nine holes, and he made the turn in 32. Berthelot biridied holes #10 and #12 and parred holes 11, 13, 14, 15, and 17. He made a second bogey at the par 3 16th hole. Berthelot finished his championship in style with an eagle at the par 5 18th hole (550 yards).

The Koasati Pines course played to a par 72 at approximately 6,873 yards on Sunday and the course drew rave reviews from this field of the best amateur golfers in Louisiana over the age of 25. Koasati Pines will also host the U.S. Mid-Amateur Championship Sectional Qualifier on Monday.

Hank Shaheen had one of the most eventful rounds of the day with a new putter. He birdied the first hole and then made seven consecutive threes. He had a 20-foot putt at the 9th to shoot 29, but missed it. He shot a final round 66.

16 players finished at even par or better. The low 30 and ties are exempt into next year’s championship and the top 20 finishers received prizes.

There were two skins on Sunday: Andrew Noto of Metairie with an eagle on #1 and Josh Fullilove with a birdie on #14. They both received $220.