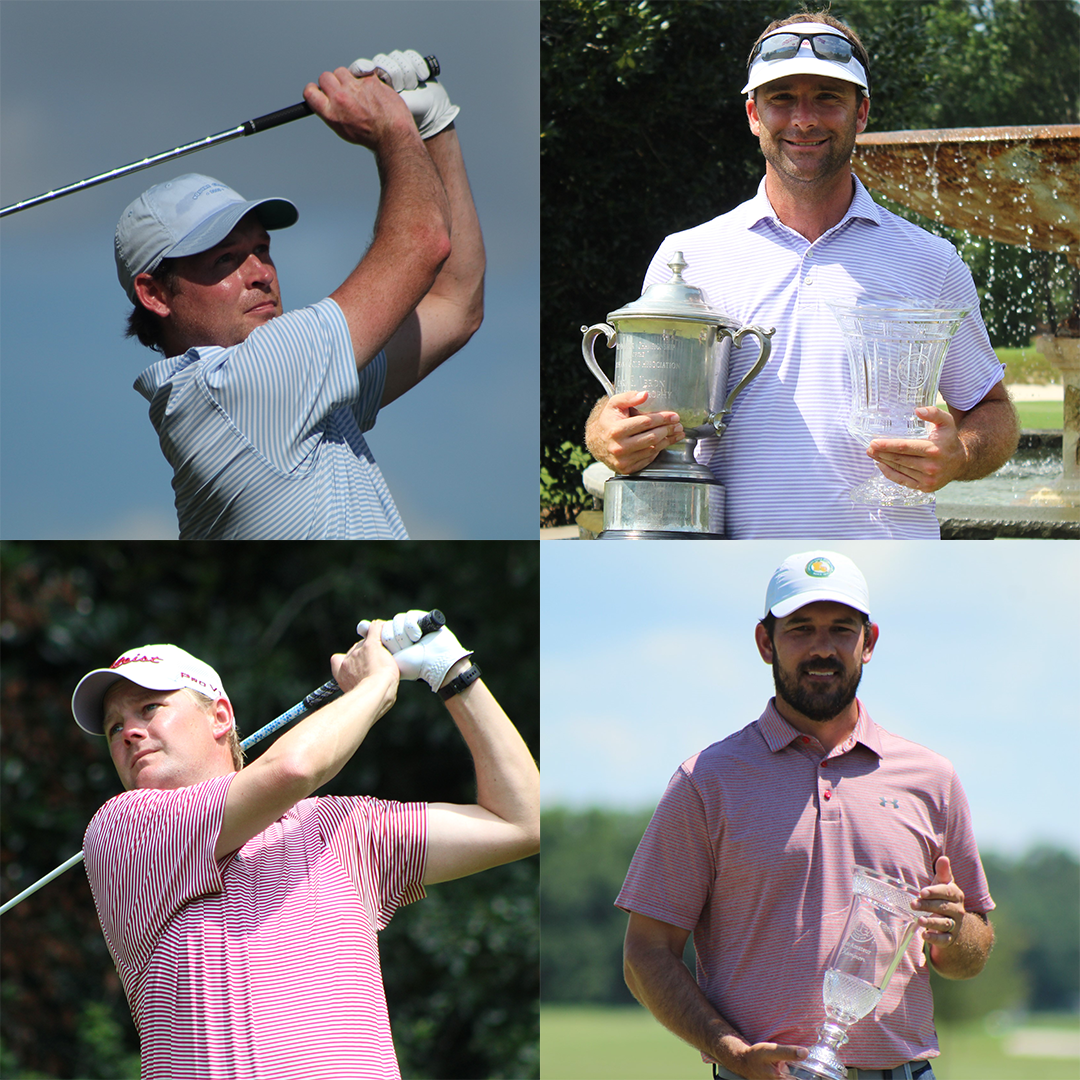 LAFAYETTE, LA. (June 9, 2021) – The Louisiana Golf Association (LGA) has accepted a total of 234 entries for the 102nd Louisiana Amateur Championship at Squire Creek Country Club in Choudrant.  The LGA Amateur Championship will be held at the Tom Fazio designed course east of Ruston for the first time ever on July 22-25, 2021.  The 234 total entries for this year’s Amateur Championship were tied for the eighth most all time (also in 2001).  The record number of entries is 353, which occurred in 1999 when the LGA Amateur was conducted at the Country Club of Louisiana in Baton Rouge.  The LGA accepted entries from 26 exempt players.  Therefore, the 208 players in sectional qualifying will be vying for 118 available spots in the championship proper as the LGA takes a field of 144 of the best amateur players in the state at Squire Creek.  Those competitors that are unsuccessful in qualifying will receive a $100 refund from their entry fee of $225.

“Statewide interest in competing in our Amateur Championship remains keen and contributes to a competitive field,” said LGA Executive Director Logan Ray.  “We look forward to conducting sectional qualifying and brining our marquee championship to Squire Creek in July.  Competitors that make it to Squire Creek are in for a treat.  It truly is a remarkable place with first class hospitality and an incredible golf course.  Squire Creek has been tremendously supportive of the LGA and amateur golf over the years, and we are appreciative of their generosity in giving back to the game. We are excited to showcase the facility and provide our players the opportunity to play this wonderful golf course.”

Squire Creek Country Club, established in 2002, is the #1 ranked course in Louisiana per Golf Digest. It is one of a select few courses in Louisiana to ever host a USGA national championship, and the only one to host this century, the 2018 U.S. Women’s Mid-Amateur Championship.  It has hosted the Louisiana Mid-Amateur Championship four times previously (2007, 2012, 2014, and 2019).  The par 72 course boasts ‘Tifway’ Bermuda grass tees and fairways along with challenging ‘Tifeagle’ Bermuda grass greens.  It will play approximately 7,100 yards for this Championship. PGA Tour professional and Squire Creek member Sam Burns holds the course record of 60.

Highlighting the strong field this year are a slew of former champions, including three-time champion and two-time defending Champion John Humphries of Woodworth.  Last year, Humphries won on the South Course at Bayou Oaks at City Park in New Orleans with a score of 9-under par 279.  In July of 2019, he won the 100th Amateur Championship at Baton Rouge Country Club with a score of 280.  He is an amazing ball striker and so consistent all around that he’s tough to beat over the course of 72 holes. Humphries is a great putter, and that could be what separates him and helps him gain strokes on the field on Squire Creek’s famously challenging greens.  The last time he teed it up in an event conducted by the LGA at Squire Creek, the 2019 U.S. Mid-Amateur Qualifier, Humphries fired a four-under par 68 to earn medalist honors.

Humphries, a former LSU men’s golfer, also won this championship in 2003 at Southern Trace Country Club in Shreveport.  He finished at 281 that year and won a sudden death playoff over Louisiana amateur legend Tommy Brennan of Covington, who is also in this year’s field.  Humphries is the fifth player in the history of the event and first since 1968 to win at least three Louisiana Amateur Championships.  He is the eighth player all-time to win back-to-back Louisiana Golf Association Amateur Championships.  If he can win his fourth State Amateur at Squire Creek and accomplish the “three peat,” then he would become only the second player to ever win three in a row and he would cement his legacy as the third most decorated champion in Louisiana golf history and the most dominant in the modern era.  Jimmy McGonagill of Shreveport won the Louisiana Amateur Championship a record eight times (1948, ’49, ’50, ’51, ’52, ’54, ’56, and ’57).  Edwin McClure of Shreveport won six times (1927, ’29, ’31, ’32, ’34, and ‘41).

Other former Champions who are exempt and in the field are: Greg Berthelot of Baton Rouge (2011 Champion), Derek Busby of Ruston (2017 Champion), and Patrick Christovich of New Orleans (2012 Champion).  Busby, a member at Squire Creek, is the highest ranked amateur in the field.  He finished tied for third in last year’s Amateur, and Berthelot finished tied for fifth respectively.  Busby won the 2019 Mid-Amateur at his home track in a dramatic sudden death playoff over Berthelot.  Christovich is a four-time LGA Mid-Amateur Champion, including a victory at Squire Creek in 2012.  He finished tied for tenth in 2019.  Expect all of these guys to be in contention on Sunday.

2020 Runner-up and UL Lafayette commit Eli Ortego of Broussard is back to try and capture the title that eluded him last year.  He has fond memories at Squire Creek, where he and his partner Jay Mendell (also in the Amateur field) won the Sam Burns Junior Four-Ball Championship in February.

To be eligible, a player must have a Handicap Index not exceeding 8.0 and be an active member of the Louisiana Golf Association.  Sectional qualifying, which will be played over 18 holes at 8 sites across Louisiana, will take place between June 19-29.  A field of 144 players will tee it up in the championship proper at Squire Creek Country Club on July 22 and 23.  The field will be cut to the low 60 scorers and ties for competition on Saturday and Sunday, July 24-25.

The LGA received 76 entries in the last 48 hours that applications were accepted.  Brad Bonvillian from Houma was officially the last entry, and he submitted his entry twenty minutes before the deadline of 5 p.m. CST on June 8.  Bryan Crowder of West Monroe was the first entrant on February 1.  As mentioned above, there are eight sectional qualifying sites across the state:

Here’s the complete list of the 26 golfers who are fully exempt into the 100th Louisiana Amateur: