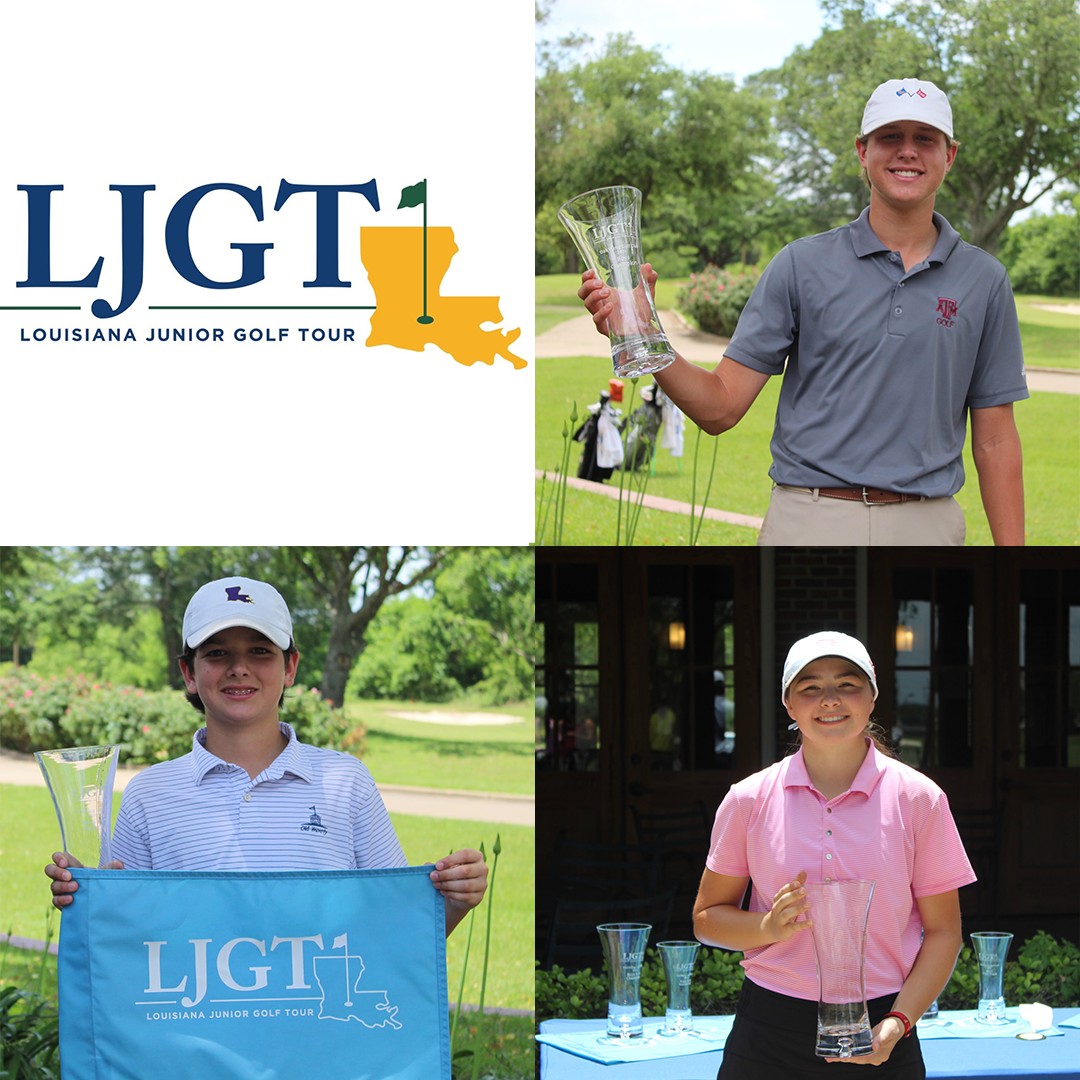 Ethan Dial of Bossier City captured his first victory on the Louisiana Junior Golf Tour by shooting an impressive final round of three-under par 68 to finish at four-under par 138 to win the Overall Boys division at OakWing Golf Club. Dial had three birdies and zero bogeys on his final nine holes to hold off multiple contenders down the stretch. Noah McWilliams of Benton shot the low round of the tournament a four-under par 67 on Sunday to finish in a tie for second. Carter Schmitt of Baton Rouge and Collin Jones of Lake Charles also finished in a tie for second with a two-round total of three-under par 139. Grant Reagan of Shreveport was the 15 and Under Low Medalist in the Overall Boys’ Division shooting rounds of even par 71 and two-over par 73.

Sydney Moss of Shreveport won the Overall Girls’ division by eight strokes over Montana Dileo of Orange, Texas. Moss, bounced back after an opening round of 79 with a two-under par 69 to finish at 148 for the tournament. James Holtsclaw of Shreveport won the Boys’ 11-13 Division by shooting an incredible score of thirteen-under par 129. Holtsclaw’s final round of nine-under par 62 included seven birdies, one eagle and zero bogeys. Holtsclaw’s final round of 62 and his 36-hole total of 129 are the lowest scores in the history of the Louisiana Junior Golf Tour across any division.

It was the second straight day of sunshine with temperatures rising to the mid-80s. OakWing Golf Club’s staff did an incredible job getting the golf course to playable conditions after heavy rain fell across Louisiana for the past 5 days.