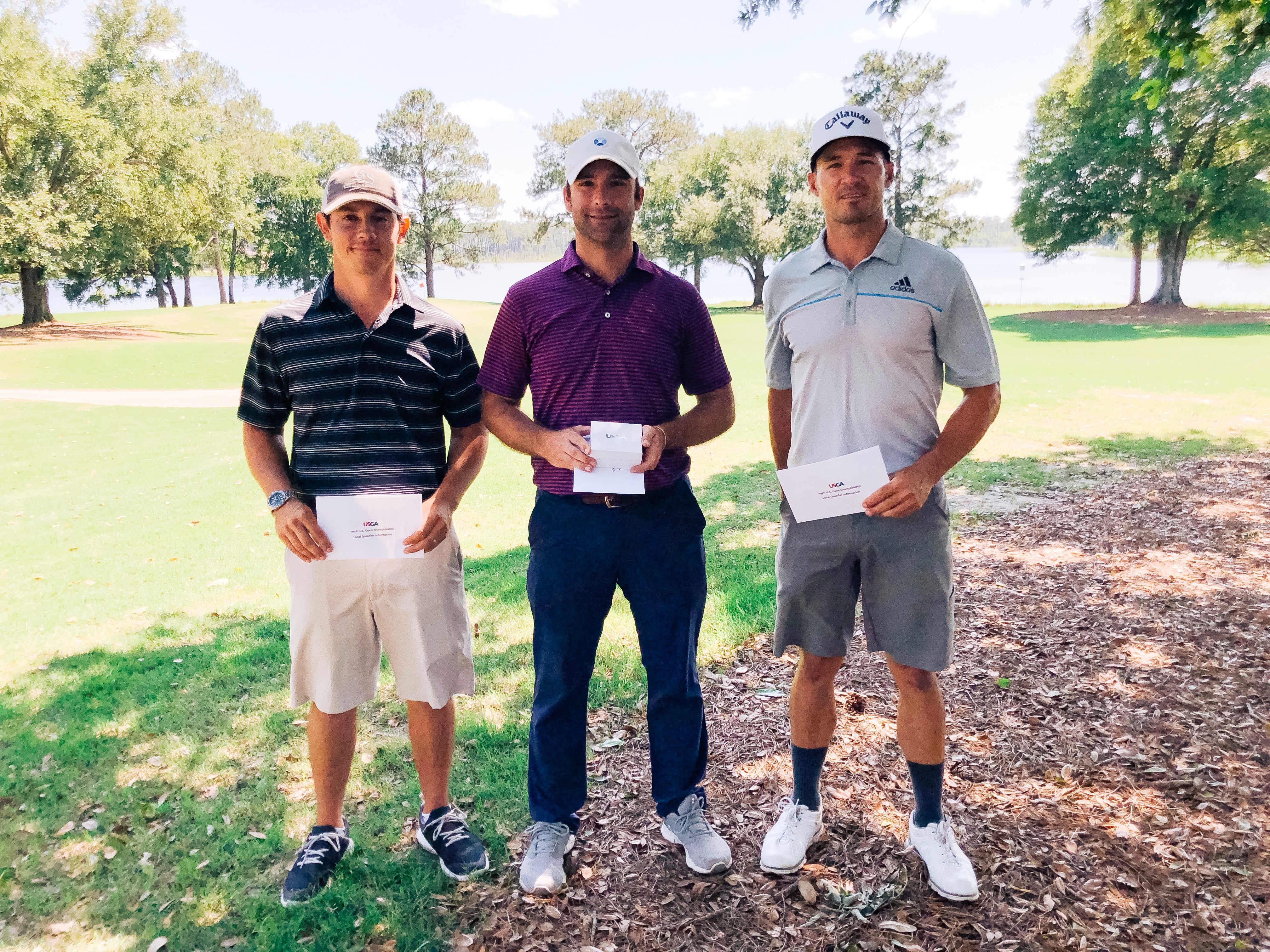 Ruston’s Derek Busby fired a 5-under par 66 to capture medalist honors at Money Hill Golf & Country Club in Monday’s U.S. Open Local Qualifier, conducted by the Louisiana Golf Association. Busby was the only amateur in the field to qualify.  Covington’s Brandon Pierce, Ben Suarez of Deridder, LA and Casey Clendenon of Metairie, LA, also secured the remaining three of the four spots available at the Louisiana site.  All four players will advance to 36-hole Sectional Qualifying (Golf’s Longest Day) with qualifiers from the Sectional sites advancing to the 119th U.S. Open Championship at Pebble Beach Golf Links in Pebble Beach, CA, June 13-16.

Lance Yates from Baton Rouge, LA, and Blake Caldwell from Ponchatoula, LA, finished one shot behind the qualifiers with even-par 71s.  Caldwell made birdie on the first playoff hole to claim the first alternate spot, with Yates settling for second alternate.

The weather was perfect on Monday, with sunny skies and temperatures rising to the low 80’s, with a slight breeze. The Ron Garl-designed Money Hill track, which will host the Louisiana Golf Association’s Senior Amateur & Women’s Mid-Amateur Championships later this week, was in great shape in spite of the unseasonably wet winter and spring in Louisiana and after taking on 5 inches of rain in the last 72 hours.  That’s a testament to the golf course maintenance crew led by superintendent Mitch O’Banion.

Busby, a former Louisiana Amateur Champion (2017), is currently ranked inside the top-150 in the World Amateur Golf Rankings.  He started his round at 9:21 AM and shot a two-under par 33 on the front with three birdies and a lone bogey.   A bogey-free three-under par 33 on the inward nine was enough to claim medalist honors with a five-under par, 66.

Pierce, a touring professional from Covington, LA and former LSU standout, started his day at 9:30 AM and would open with a bogey but quickly bounced back making two birdies for one-under par 34. Three more birdies and lone bogey for a back nine two-under par 34 grabbed the second qualifying spot with a three-under par, 68.

Suarez, Head Golf Professional at Beauregard Country Club in DeRidder, started his day at 8:18 AM shot a one-under par, 70, an even par front nine with two birdies and two bogeys was a solid start, then he would catch fire with a string of 4 straight birdies unfortunately followed by three bogeys to round out the back nine. This is the second time in as many years that Suarez has advanced from the local qualifier in Louisiana, and now he has his sights on Pebble Beach.

Clendenon, in the last group of the day started on Hole #10, and he made a steady pace the recipe to success on the day with one birdie and one bogey an even par 36 outward nine.  After making the turn, he would make back-to-back birdies followed by a lone bogey to finish one-under par, 70.

There were a total of 63 competitors at this Local Qualifier conducted by the Louisiana Golf Association, in association with the USGA.  Money Hill Golf & Country Club was set up to a par of 71 at 6,968 yards.