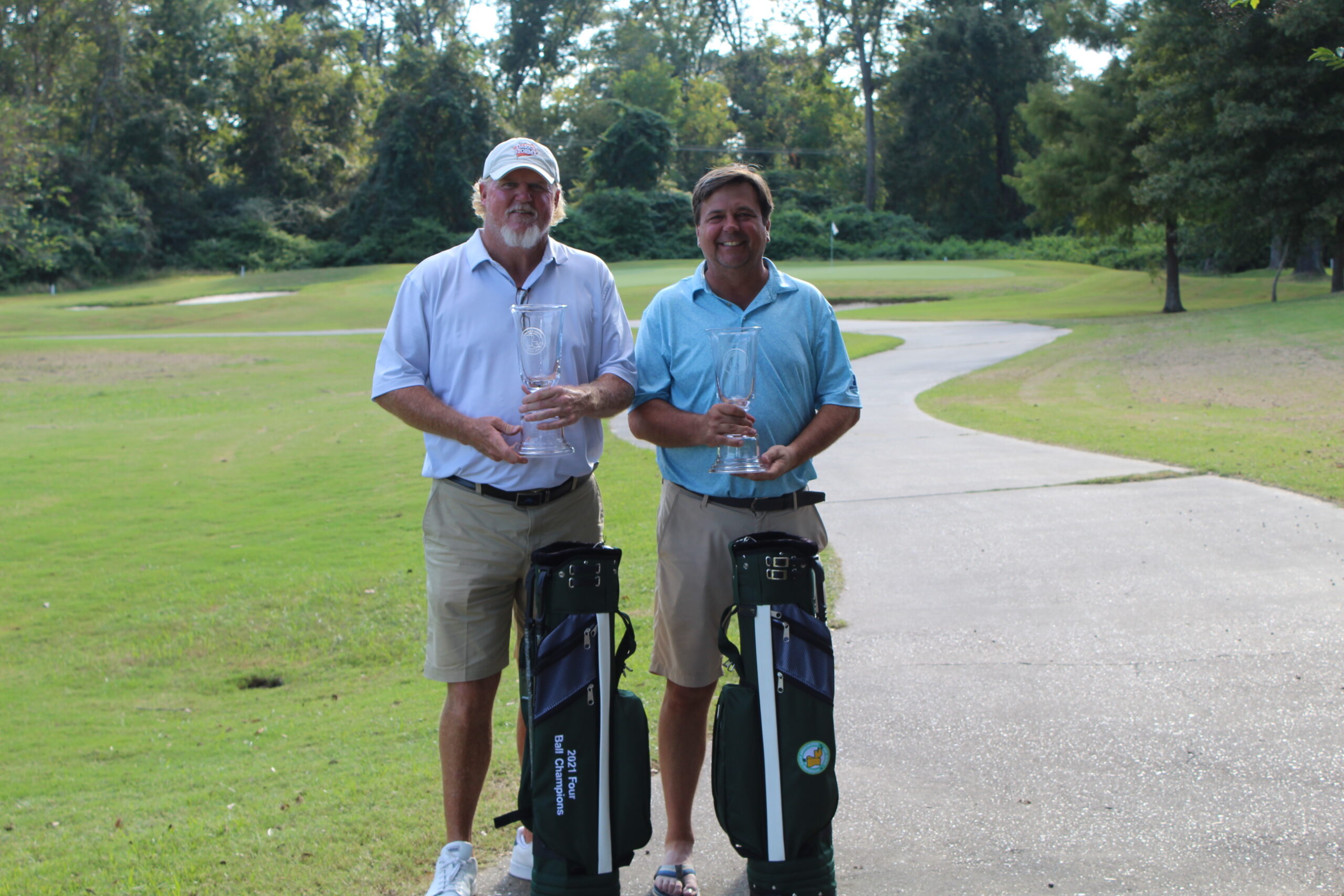 Burt Allen and Billy Joe Tolliver of Shreveport won the 34th Louisiana Senior Four-Ball Championship at Tamahka Trails Golf Club in dramatic fashion. After rounds of 66-67 they would need one extra sudden death playoff hole to defeat Don Duet of Galliano and Bob Neal of Slidell. The playoff began on the par 4 18th hole, both Allen and Tolliver missed the fairway to the left and Duet and Neal both hit the fairway. Neal and Allen missed the green with their second shot, while Duet and Tolliver hit the green. Duet was the first to putt for birdie from about 16 feet, and his putt just missed rolling over the right edge. Tolliver drained his clutch birdie putt from 15 feet to win the Championship. Allen and Tolliver were looking for redemption after losing in a playoff last year to Rod Baronet of Lecompte and Robby McWilliams of Benton. Baronet and McWilliams fired a 65 on Sunday, the low round of the tournament, which brought them to a third place finish at 8-under par.

The LGA also conducted a Super Senior division Championship for those competitors 65 years of age and older.  In that Championship Scott Morgan of Benton and Joe Ellis Michael of Homer (nine-under par 133) won the Championship by one stroke over Henry Cole of Monroe and Wayne Peddy of Ruston. Finishing in third place, with a six-under par, 136 36-hole total was the side of Hal Wright and Lewis Kinnaird of Shreveport.

This year’s Championship was held at Tamahka Trails Golf Club. Kevin Michael and the entire staff at Tamahka Trails had the course in remarkable condition, and the course drew rave reviews from this field of the best Senior players in the state. It played to a par of 71 at approximately 6,600 yards on Sunday for the Seniors and 6,000 yards for the Super Seniors on what turned out to be a beautiful October day in Central Louisiana.