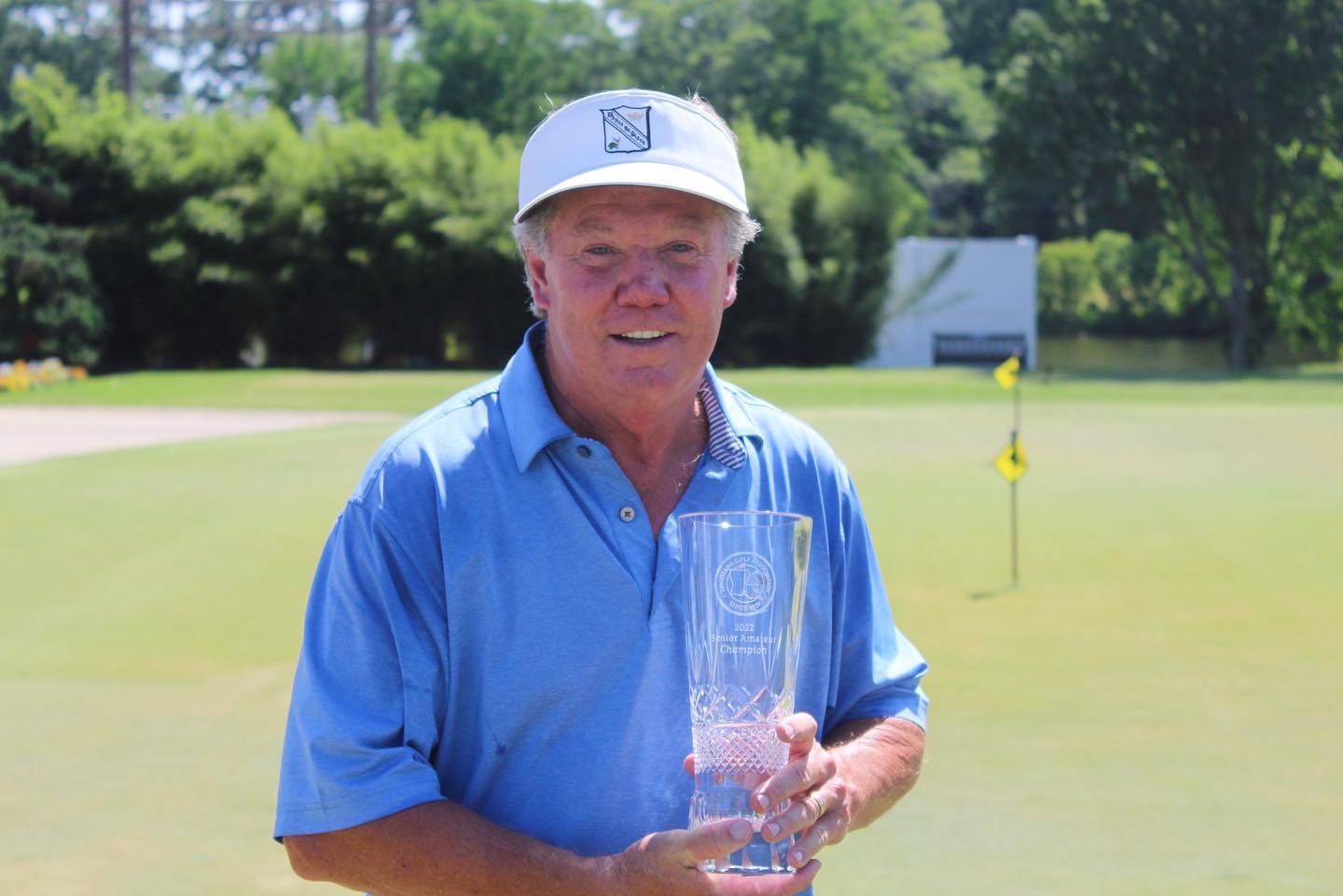 Bob Cooper of Monroe Louisiana claimed his third Louisiana Senior Amateur Championship title at his home track of Bayou DeSiard County Club on Saturday. Bob became only the second player in history to accomplish this feat joining Todd Lusk of Baton Rouge who won in 1994, 1997, and 1998. Cooper’s other two victories in this Championship came in 2007 at Carter Plantation and in 2010 at TPC Louisiana.

It was a tough battle all day between the top three players heading into the final round. Rod Baronet, another two-time Champion and Wendall Akins of Baton Rouge were in the final group with Cooper. The trio exchanged birdies all day making this an exciting conclusion to an unbelievable Championship. Cooper was able to hold off the other two competitors coming down the stretch after a birdie on the par 5 16th hole gave him a two stroke lead with two holes to play. Cooper ending up winning by one stroke over Baronet and Akins with a three round total of three-over par 219.

Rounding out the Top Five on Saturday in solo fourth place was Tommy Brennan of Covington (223) and in tied for fifth place was Bart Dornier of Metairie and Randy Goff of St. Francisville (224).

As mentioned, this year’s Championship was conducted at the Bayou DeSiard Country Club course in Monroe, a Perry Maxwell-design that continued to draw compliments from this field of the top Senior players in Louisiana.  The par-72 track played at just over 6,500 yards for the final round of this Championship, which was played under gorgeous weather conditions with swirling breezes. The course, which opened in 1948 and is considered one of the best tracks in Louisiana provided a great venue for the Championship. A big thank you to Director of Golf, Nick Ellison and Head Superintendent, Brandon Johnson for their incredible work and support of the LGA.