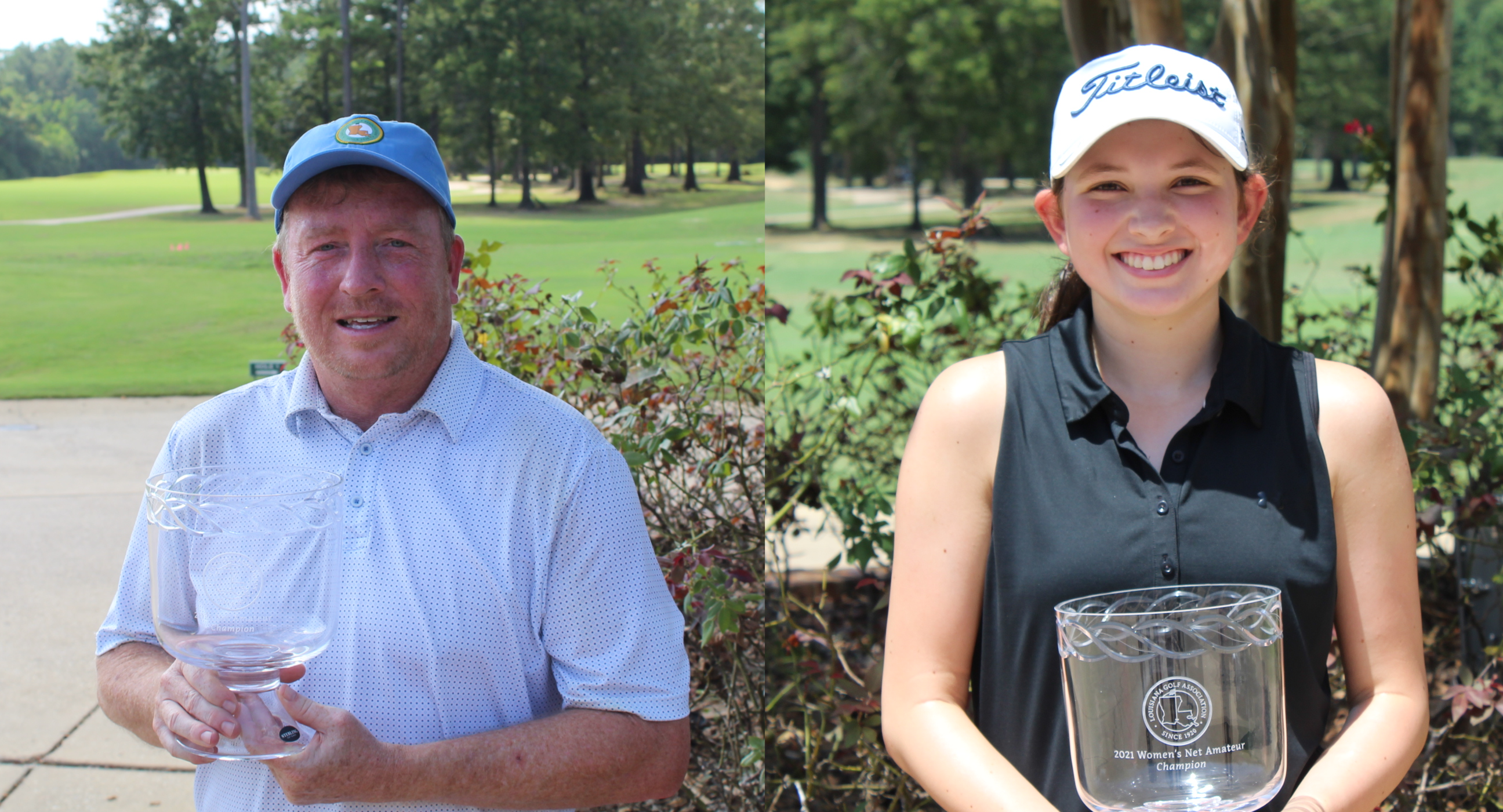 Vivian Volion of Springfield won first LGA Championship on Sunday at her home club. Volion trailed by three strokes entering the final round and tied the low round of the Championship, a four-over par 76 to finish the tournament at eleven-over par 155. Amanda Rothrock of Baton Rouge finished in second place for the second consecutive year. Dawn Watson of Baton Round finished in third place.

There were three flights in the Men’s Championship. Chad Grosch of Hahnville was the winner of the St. Andrews flight over Matt Hampton of Ponchatoula. Billy Wright of Ponchatoula defeated William Duncan of Baton Rouge via scorecard playoff to win the Troon Flight. Raymond Blank of Saint Amant won the Carnoustie flight over Ricky Simmons of Baton Rouge by three strokes.