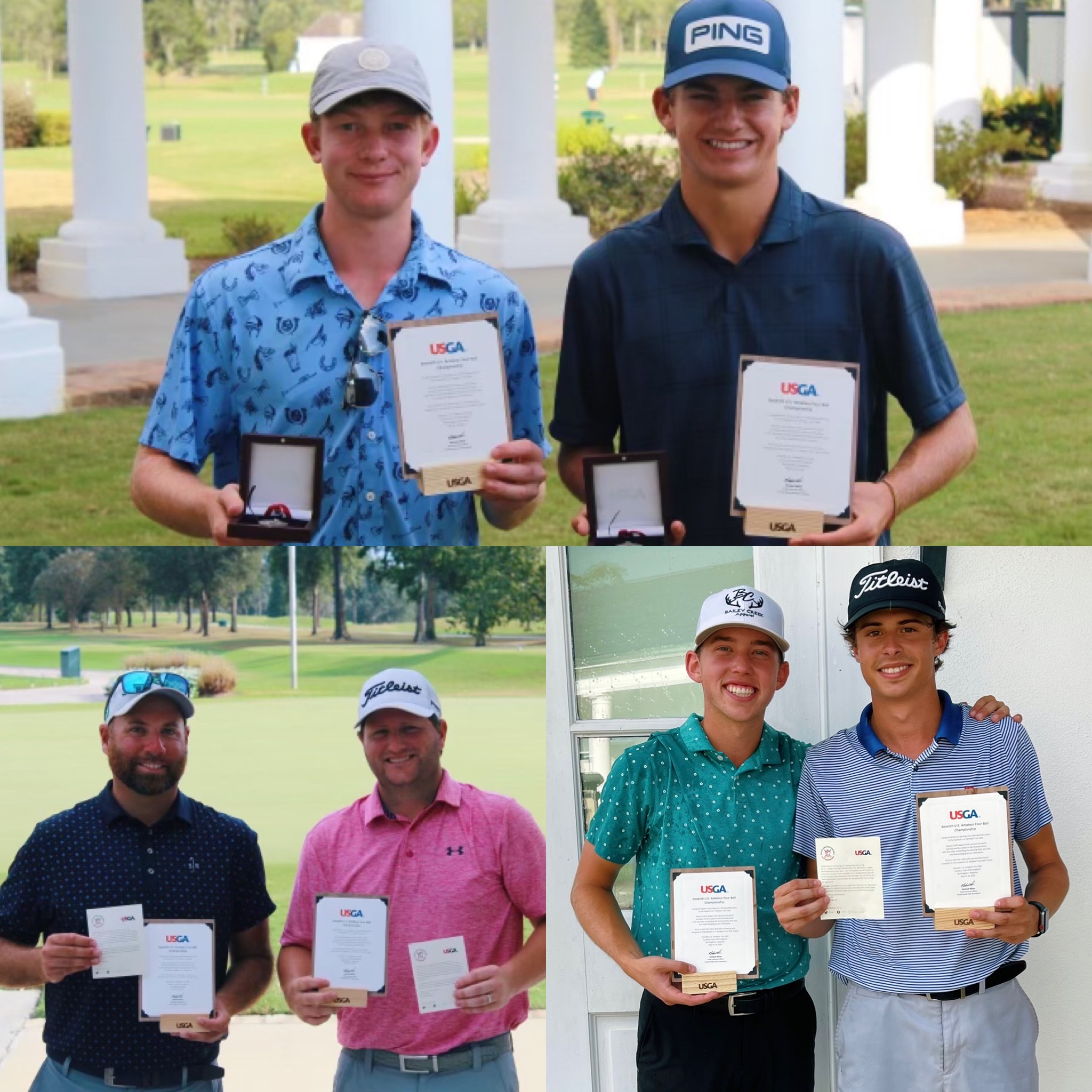 It was a memorable day at The Country Club of Louisiana where the Louisiana Golf Association conducted the Sectional Qualifier for the 2022 U.S. Amateur Four-Ball Championship.  Aaron Pounds and Jack Usner of The Woodlands, Texas fired a seven-under par 65 to earn medalist honors. They now advance to the championship proper, to be conducted at The Country Club of Birmingham, May 14-18, 2022. Pounds and Usner had nine birdies, two bogeys, and eight pars. Jeremy Gautreaux of Prairieville, Louisiana and Eric Hoffman of Baton Rouge, Louisiana also qualified after shooting a six-under par 66.  They shot a 30 on the front nine and an even par 36 on the final nine holes. Kristofer Kerr of Loranger, Louisiana and Cameron Mobley of Brandon, Mississippi shot a five-under par 67 and took the final qualifying spot after winning a three-team sudden death playoff over Matt Nicholas (Lake Charles, Louisiana) / Andrew Noto (Metairie, Louisiana) and David Griffin (Saint Gabriel, Louisiana) / Mike Stackus (Zachary, Louisiana).

This qualifier was a tremendous showcase of one of the state’s premier courses and top facilities. The Jack Nicklaus designed Country Club of Louisiana played to a par 72 at 7,037 yards. It was in incredible condition and drew rave reviews from the field of the best amateur golfers in the region. Superintendent Thomas Brown and his crew worked hard to get the golf course in championship condition and it showed. The greens were absolutely flawless and extremely fast but so smooth that it rewarded well executed shots and putts.