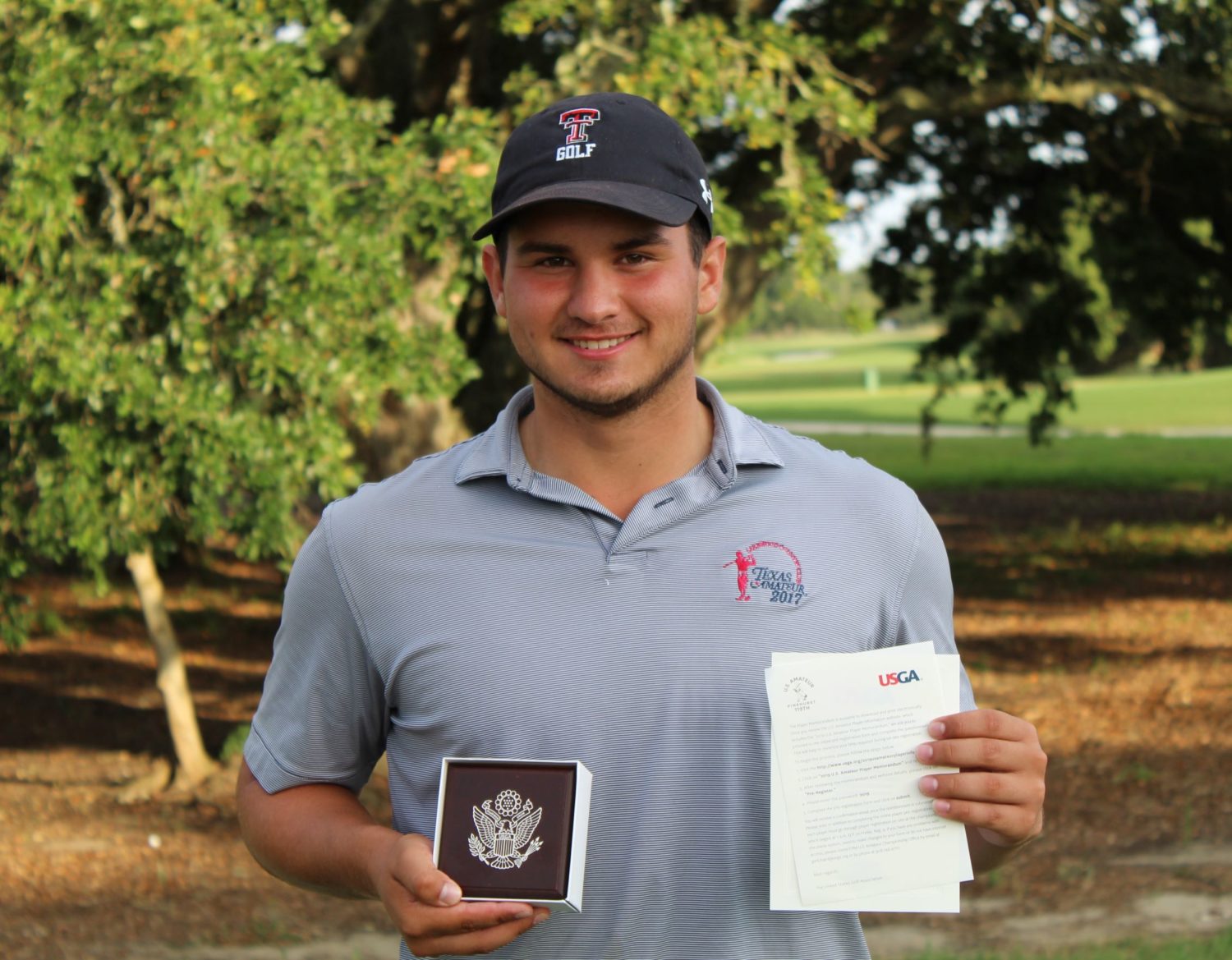 Andy Lopez of Dallas, Texas fired a seven-under par 137 over 36 holes at Bayou Oaks at City Park (South Course) in New Orleans to earn medalist honors at the 2019 U.S. Amateur Championship Sectional Qualifier. Lopez now advances to the championship proper, to be conducted at Pinehurst Resort and Country Club, August 12-18. Lopez carded a first round 68 and a second round 69, with nine birdies and two bogeys on the day. Charlie Flynn of Alexandria, Louisiana also qualified for the most prestigious championship in amateur golf after surviving a sudden-death playoff over Logan Kuehn of Lake Charles, Louisiana. Flynn and Kuehn finished at six-under par 138. Kuehn is First Alternate and Nicholas Arcement of Thibodaux is Second Alternate (-5/139).

It was a long day of golf for competitors battling for the two qualifying spots on Monday. The first groups teed off at 7:30 AM, and the final putt of the day dropped twelve hours later at 7:30  PM. The weather was hot and humid as one would expect in Louisiana in July. Temperatures reached the mid-90s but a steady breeze helped slightly. Scoring conditions were ideal, and the golf course was in excellent condition, playing firm and fast to a par 72 at approximately 7,000 yards. The Rees Jones designed Bayou Oaks at City Park (South Course) will also host the Louisiana Golf Association Junior Amateur Championship Wednesday through Friday.

The 36-hole championship match will be contested over two courses for the first time. Scheduled for Sunday, Aug. 18, it will open with the morning round on Course No. 4, which was recently redesigned by Gil Hanse. The afternoon round will be played on Course No. 2, the renowned Donald Ross design that was restored by Bill Coore and Ben Crenshaw in 2011.

A total of 7,191 entries were accepted for the 119th U.S. Amateur Championship. Sixty-seven players are fully exempt, and the remaining places in the 312-player field will be filled from 36-hole sectional qualifiers being conducted by Allied Golf Associations at 93 sites between July 1 and July 24. International qualifiers are scheduled for Mexico (July 9) and Canada (July 22), while Puerto Rico, a U.S. territory, will conduct a qualifier July 18-19.