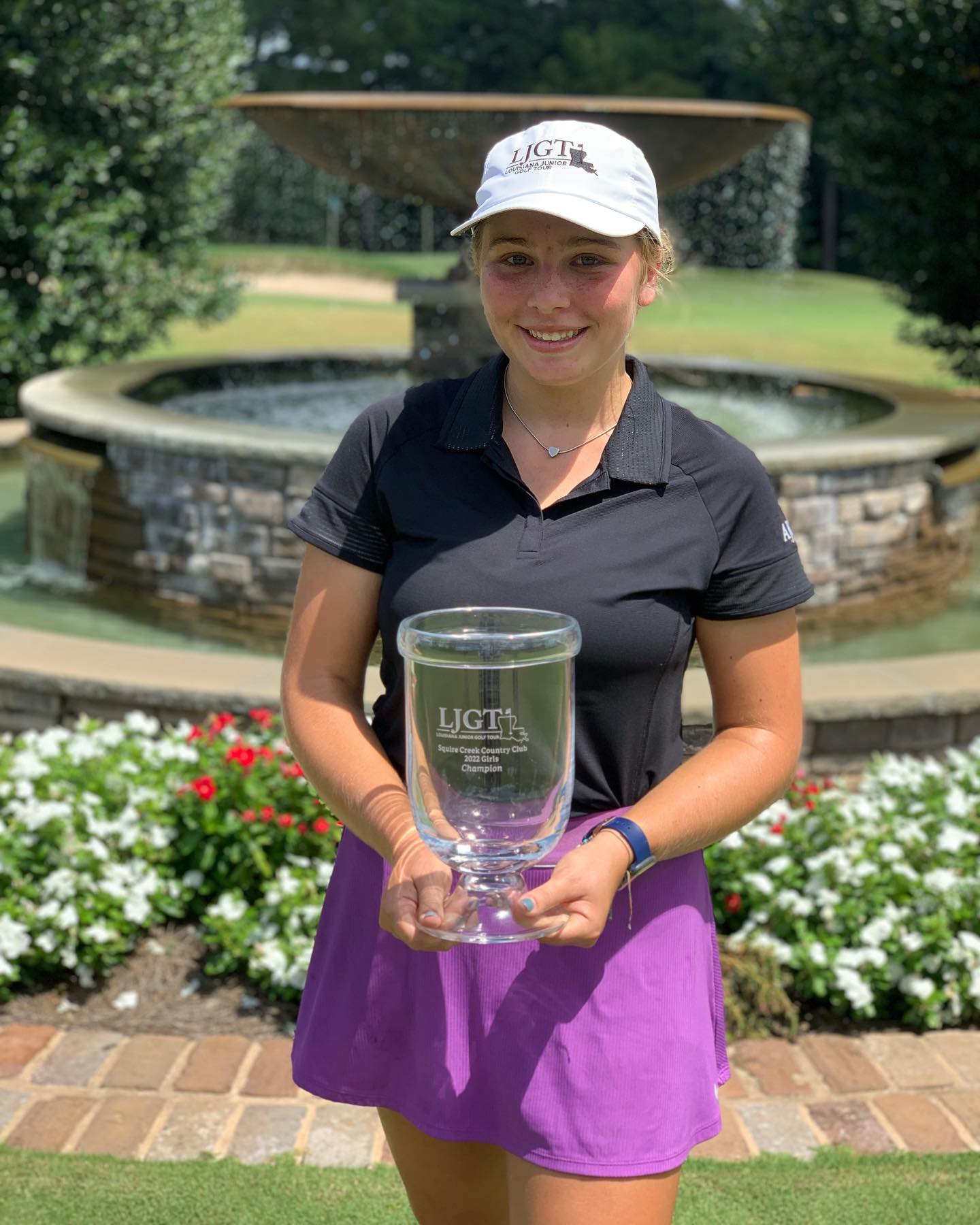 Ryder Briggs of Shreveport shot a 36-hole total of two-under par 142 to win the Louisiana Junior Golf Tour at Squire Creek Country Club. This was Briggs’s first ever win on the Louisiana Junior Golf Tour. Briggs bested Adam Trahan of Crowley by one stroke (143) and third place finisher Thomas Oubre of Lafayette by three strokes (145). The shot of the tournament for Briggs, which ultimately helped him stand atop the leaderboard, was his hole-out eagle today at the par five 2nd hole from 80 yards out.

Samantha Schultz of Mandeville took home her first win of the 2022 season after firing a total of 156 to win the Girls’ Overall division by sixteen strokes over Abigail McWilliams of Benton. McWilliams shot an impressive 78 in round two to take home runner-up, her best finish of the season. Noah Chauvin of Broussard won the Boys’ 11-13 division after going into a playoff with Slayte Guidry of Logansport. Slayte made a long clutch putt to save par to force a playoff. Chauvin made a par on the par-4 1st hole to win his second LJGT event of the season, not including the Junior Amateur which Chauvin also won.