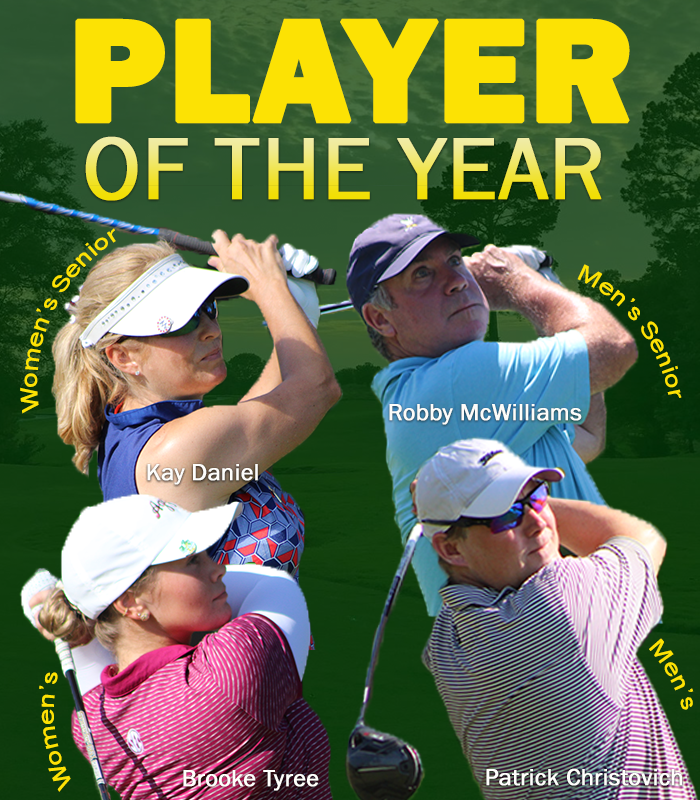 Benton’s Robby McWilliams once again solidified himself as the top senior golfer in the state, winning POY for the third straight season. McWilliams finished solo second at the 32nd Louisiana Senior Amateur Championship at Oakbourne Country Club. He and partner Rod Baronet finished in solo third place at the Senior Four-Ball Championship at Tamahka Trails Golf Club after shooting the low round of the Championship, a six-under par 65 on Sunday.

Brooke Tyree of Sulphur captured her fist LGA Women’s Player of the Year by 20 points over Julie Harrison of Baton Rouge. After finishing runner-up at the 92nd Louisiana Women’s Amateur Championship and 6th in the 2020 Women’s Player of the Year race, Tyree bounced back to claim both titles in 2021. Tyree, a senior at Texas A&M, defeated Sarah Meral of Abita Springs in the Championship match at Bayou DeSiard Country Club.

Kay Daniel of Abita Springs claimed her first Women’s Senior Player of the Year title over Julie Harrison of Baton Rouge after strong season. Daniel won the 30th Louisiana Women’s Senior Amateur Championship with rounds of 68-69 for a five-under par total of 137. Daniel also qualified for both the U.S. Senior Women’s Open and the U.S. Senior Women’s Amateur Championship.

It was an outstanding 2021 season for all of our Players of the Year.  Congratulations to these players!