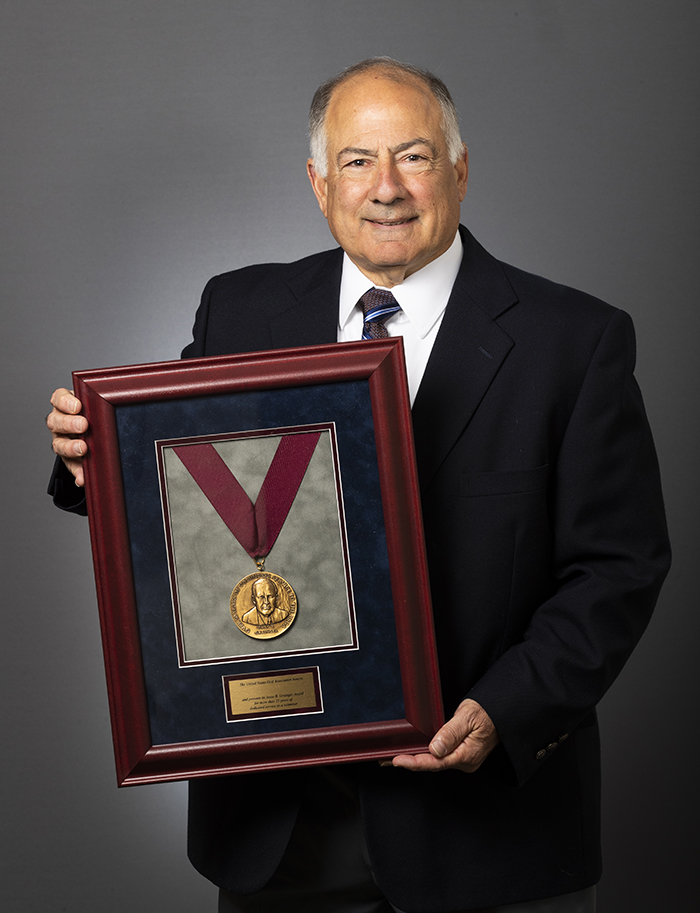 John L. Luffey, Jr., of Monroe, Louisiana, was honored with the USGA’s Ike Grainger Award for 25 years of volunteer service. He received the award, along with thirteen other deserving individuals, at the USGA’s Annual Meeting in the Village of Pinehurst, N.C., on February 29. Luffey has also served as past president of the Louisiana Golf Association.

Luffey, an attorney by trade, has given back to the game in numerous ways both formally and informally. His involvement with the USGA began in 1996 when he was asked to serve on the USGA Mid-Amateur Championship committee. In 2001 he was asked to serve on the Board of the Louisiana Golf Association, serving as Vice-President from 2002-2004 and 2014-16, and as President of the organization from 2004-2008. He is also a member of the Board of Directors of the Southern Golf Association, beginning his tenure there in 2008. Luffey is a member of Bayou DeSiard Country Club in Monroe and Squire Creek Country Club in Choudrant.

He has attended a number of USGA Rules Workshops and is one of a select few to have achieved a score of 100 on the difficult USGA Rules Test.

The complete list of 2020 Ike Grainger Award recipients are as follows: