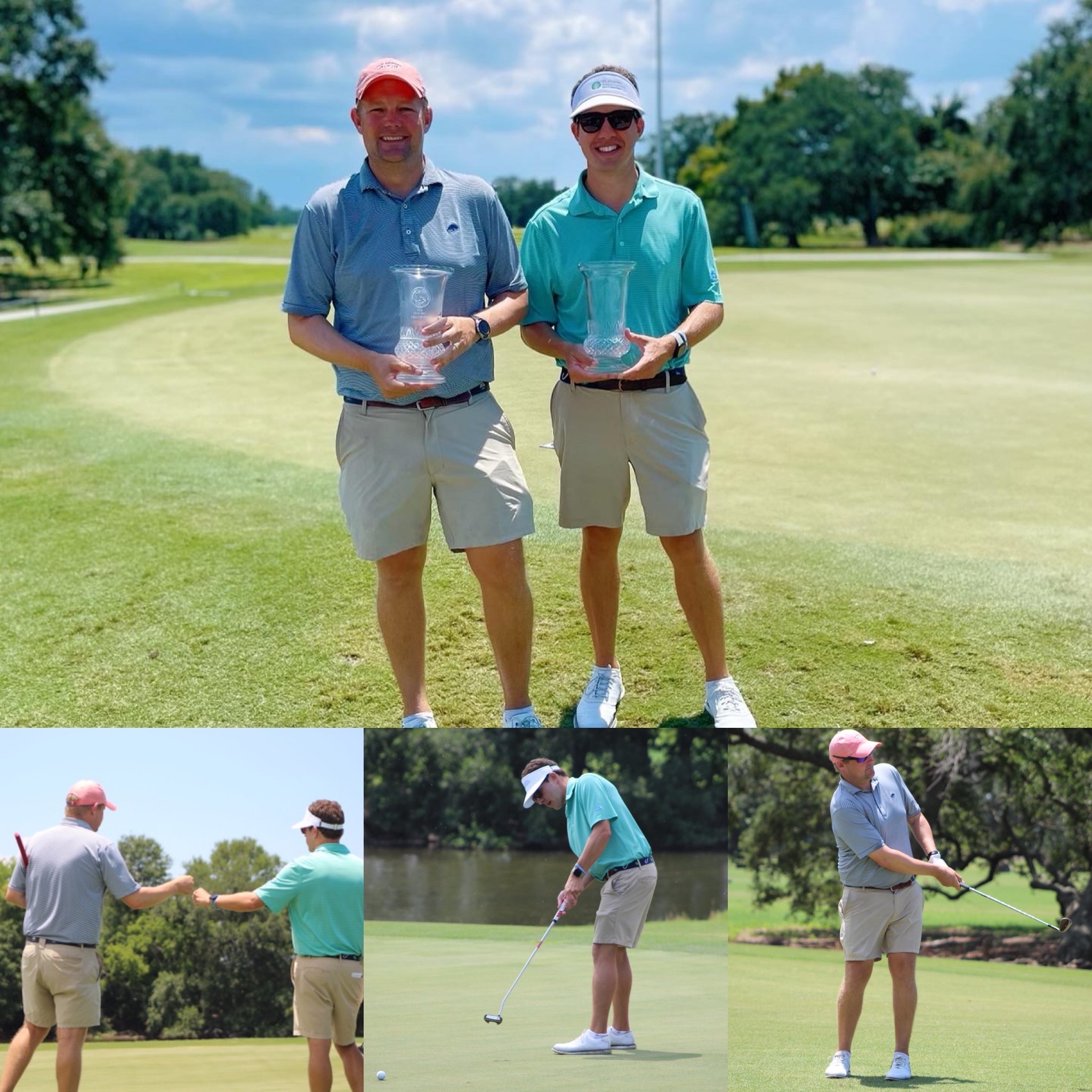 Patrick Christovich of New Orleans and Andrew Noto of Metairie fired a final round 62 to earn the title of best amateur Four-Ball team in Louisiana on Sunday at Bayou Oaks at City Park in New Orleans.  After carding an 8-under par 64 in the first round, Christovich and Noto started the day with a two-shot deficit behind Jonathan Jeter and Todd McPherson of New Orleans who shot 62 on Saturday.  Christovich and Noto finished at 18-under par and won the championship by two strokes over runner-up team Brady and Kyle Bennett of Zachary (64-64/128).  Josh Fullilove of Larose and Jack Lee of Patterson finished in third place at 15-under par (64-65/129).  Jeter and McPherson tied for fourth place at 14-under par with 2011 and 2020 Louisiana Four-Ball Champions Greg Berthelot of Baton Rouge and Kyle Williams of Choudrant.

Christovich and Noto’s final round 62 was bogey free.  The played exceptional golf as a team, trading birdies and picking each other up at opportune times.  Noto got the team off to a fast start.  He made a par on the opening hole, then back-to-back birdies at the par 3 2nd hole and par 5 3rd hole. Christovich contributed the team score on the next four holes, going par-birdie-birdie-par.  Noto carded a birdie at the par 4 8th hole, and then Christovich closed the front 9 in style with a birdie at the par 5 9th. They made the turn in 30, 6-under par for the round. Once they had the lead, the back nine was more of the same.  Noto contributed four birdies on the back nine (holes 10, 11, 15, and 17) and two pars (#13 and #16).  Christovich made par for the team score on holes 12, 14, and 18.

The 126 total is tied for the lowest final score in championship history (also in 2007, 2011, and 2019). This is Christovich’s seventh total LGA championship and first team championship.

Austin Stein of Pairieville and Jarrett Maurin of Ponchatula won First Flight with rounds of two-under par 70 and five-under par 67 to finish at seven-under par 137. Stein and Maruin finished one stroke ahead of Ron Laborde and Donny Schmitt of Baton Rouge and DJ Johnson of Baton Rouge and Stewart Perilloux of Zachary.

It was another picture-perfect summer day in New Orleans, with mostly clear skies and temperatures reaching the upper 90s.  The Reese Jones designed Bayou Oaks at City Park (South Course) drew rave reviews from competitors.  The course played to a par of 72 at approximately 6,900 yards on Saturday.  Golf Course Superintendent Ryan McCavitt and his crew have the course in championship condition.