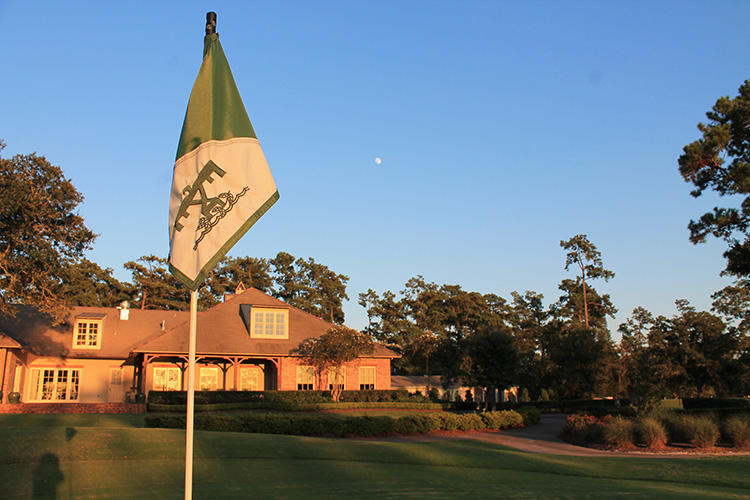 The Louisiana Golf Association (LGA) Women’s Amateur Championship returns to the Northshore this week. The LGA will conduct the 92nd edition of the Women’s State Amateur Championship June 21-24 at Tchefuncta Country Club in Covington. 19 of the best female amateur golfers from across Louisiana comprise the field that will compete in Match Play over three days of competition. Stroke play qualifying on Sunday, June 21 will determine the 16-player Match Play bracket for the Championship.

A tree lined, shot makers course with a rich championship history, Tchefuncta Country Club opened in 1961 and this marks the second time in history that it has hosted the LGA Women’s Amateur (also in 1978). Superintendent Toby Thornton has the golf course in superb condition for this championship, even after Tropical Storm Cristobal left half the course under water for five days just over a week ago. The course will play to a par 71 at approximately 6,200 yards this week for the Championship and 5,200 yards for the flighted divisions.

Five former Champions in this year’s field are seeking their second title. Defending Champion Alden Wallace of Shreveport is back for the repeat attempt. Wallace, a rising Junior at LSU, defeated Abbey Daniel of Covington, 2 up in last year’s Women’s Amateur at the Country Club of Louisiana. Daniel, the 2018 Women’s Amateur Champion and a member at Tchefuncta Country Club, is looking to reclaim the title on her home track. Mary Chauvin of Hammond, teammates with Wallace at LSU, is the 2016 Women’s Amateur Champion and is also expected to contend for the Championship this year. Julie Harrison of Baton Rouge (2004 Champion) and Kay Daniel of Covington (2005 Champion) can both still compete at a high level.

There are plenty of other competitors who have an excellent shot to win this year’s Championship. The depth and quality of the field is impressive. Rising Texas A&M University Junior Brooke Tyree of Sulphur was the Allee B. Chatham low medalist last year. Former LSU Women’s Golf member Monica Dibildox of Baton Rouge is also expected to vie for this year’s Championship. Tulane University Assistant Women’s Golf Coach Lisa Bisset is the most highly decorated competitor in the field. A recently reinstated amateur, Bisset was a four-time All-American while at USC and Pepperdine and was a member of the 2012 U.S. Curtis Cup team. Reigning Louisiana Junior Player of the Year Kaitlyn Montoya of Shreveport will be another player to watch this week as she elevates her game to the next level. The Match Play format will make for an exciting and competitive competition.

A total of 48 entries were accepted this year, and there will be four flighted match play brackets in addition to the Championship flight. The flighted division will play to a par 72 at 5,200 yards.

“Tchefuncta has been extremely supportive of the LGA, and we are excited to bring our marquee Championship to this great facility. Our competitors always look forward to coming here to test their skills against this wonderful track,” said LGA Director of Championship Operations, Jacob Oaks.

Pairings and starting times and live scoring are available here.