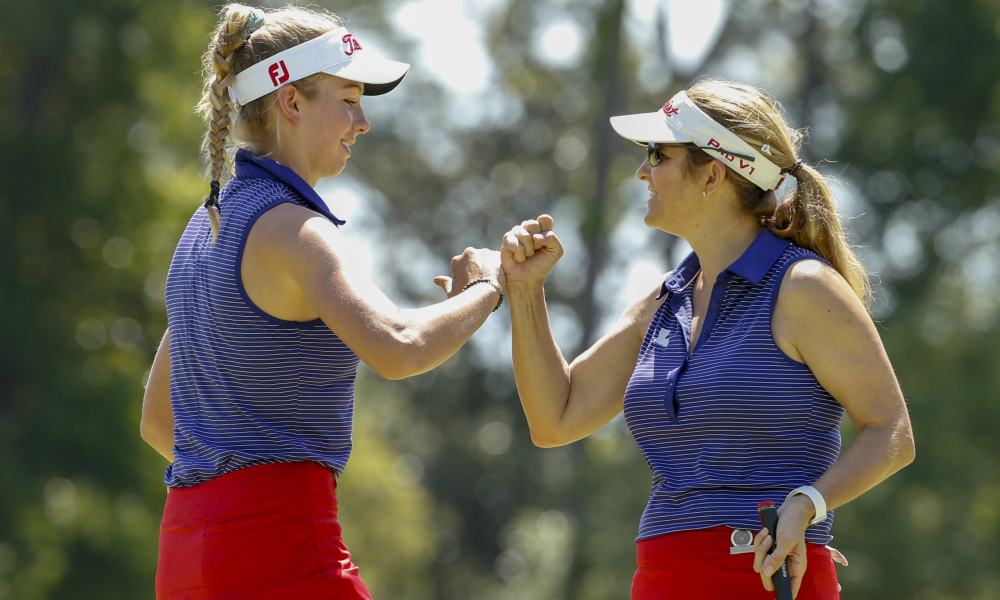 This article was written by Todd Kelly, staff writer for GolfWeek

The Daniels earned the No. 24 seed in the Round of 32 at Timuquana Country Club in Jacksonville, Fla., shooting 70-71 in the two rounds of stroke play.

“I played awful, she played phenomenal,” said Kay, crediting her daughter. “She carried the team, and made a lot of pressure putts. I’m really proud of her.”

Abbey, 18, will follow in her mother’s footsteps this fall when she enrolls at Mississippi State to start her college golf career. Kay, 48, also played for the Bulldogs.

The Daniels, who also teamed up in Four-Ball in 2017, were eliminated on Monday 1 up by Cory Lopez and Avery Zweig.