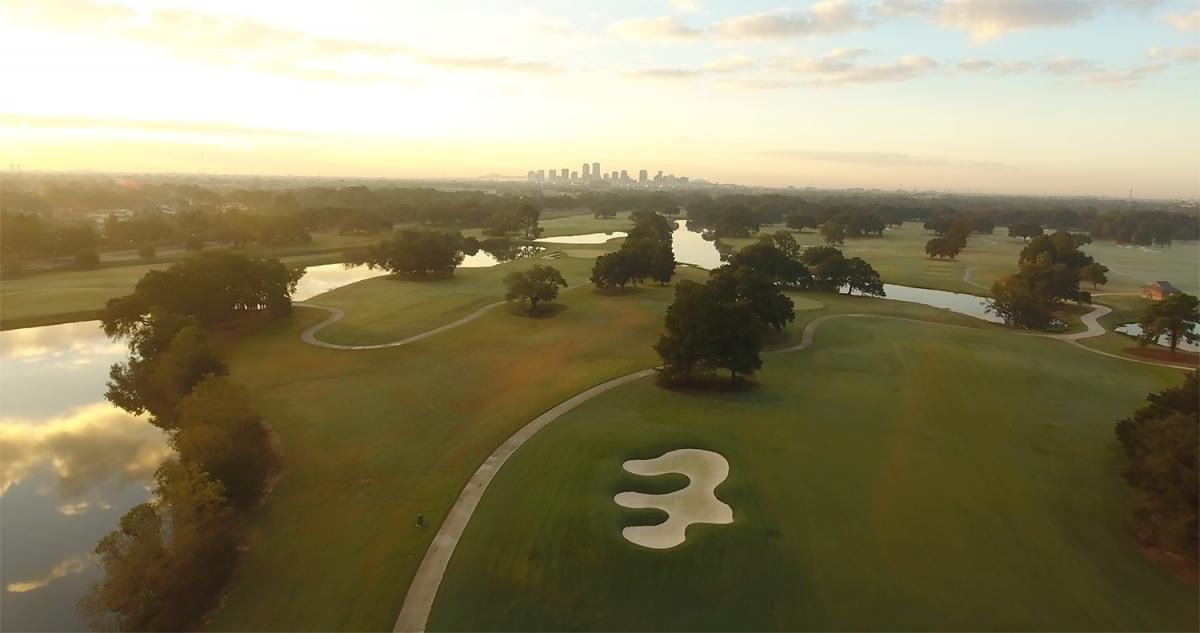 The Louisiana Golf Association (LGA) is celebrating its centennial year in 2020 and is pleased to announce its impressive championship schedule on Wednesday. The LGA will conduct twelve Championships, in addition to eight State Amateur and eight Mid-Amateur Championship Qualifiers. The LGA is an Allied Golf Association of the USGA, and as such, the governing body for amateur golf in Louisiana will conduct six qualifiers on behalf of the USGA in 2020. “We are excited about our 2020 championship schedule and the quality venues we can provide our members an opportunity to play,” said LGA Executive Director Logan Ray. “The 2020 schedule showcases facilities that give back to the game by hosting our Championships, and we sincerely appreciate their support. We are proud to provide first-class competitions for all golfers (men, women, and juniors). It’s definitely going to be a fun and competitive season celebrating 100 years of golf in Louisiana.” 2020 will be a year to remember for amateur golfers in the Bayou State as the LGA travels to excellent courses from February to October.

The stellar 2020 LGA Championship Schedule is highlighted by the 101st Louisiana Amateur Championship, to be conducted at Bayou Oaks at City Park (South Course) in New Orleans, June 11-14. Registration for that event will open February 1, and the entry deadline is Tuesday, May 12 at 5:00 PM. Bayou Oaks at City Park originally opened in 1902 as the City Park Golf Complex that consisted of four courses, North, South, East and West. In 2005 Hurricane Katrina caused devastating damage to the facility forcing City Park to close. After an extensive rebuild and restoration, the North Course reopened in 2008. The North Course remained the only operating course at City Park until renowned golf course architect Rees Jones executed his plan and redesigned the South Course. A par 72 championship level golf course was constructed on over 250 acres that incorporated land that once belonged to the lost East and West golf courses. On April 21, 2017 the South Course opened and rejoined the North Course to turn Bayou Oaks at City Park into a 36-hole facility.

Bayou Oaks at City Park has been a tremendous supporter of amateur golf, and the South Course has hosted an LGA Championship every year since it opened (2017 LGA Mid-Amateur, 2018 LGA Net Amateur, and 2019 LGA Junior Amateur). It will host the most prestigious event in its history next June. The 101st Louisiana Amateur will mark the first time the LGA will conduct its marquee championship at Bayou Oaks at City Park, but it’s certainly fitting that the LGA’s most revered event will take place on the historic property. The 101st Louisiana Amateur Championship in The Big Easy is sure to be a tremendous celebration of golf in our state, honoring the legacy and traditions of the past while setting the stage for a bright future.

Koasati Pines at the Coushatta Casino Resort in Kinder will host the 2020 LGA Senior Amateur (May 7-9) and LGA Women’s Mid-Amateur Championships (May 7-8). The highly rated casino course will also host the U.S. Open Local Qualifier, conducted by the LGA, on the preceding Monday, May 4. Koasati Pines has hosted numerous LGA events over the years, including the 2010 Amateur Championship, and it will be a fantastic venue in May. Players will be able to stay and play at the Coushatta Casino Resort for an exciting week of golf.

Following the Four-Ball in July, the LGA hosts a major championship in its backyard at Le Triomphe Golf & Country Club in Broussard, site of the U.S. Mid-Amateur Sectional Qualifier (August 4) and LGA Mid-Amateur Championship (August 7-9). The Robert Trent Jones Jr. signature championship golf course will play to a par of 72 at 6900 yards. There are 3 par 5s and 3 par 3s on the front nine, which make for plenty of birdie opportunities. Le Triomphe G & CC is hosting the LGA Mid-Amateur Championship for the second time in three years. It hosted this event in 2018, and it drew rave reviews from competitors. Le Triomphe also hosts the Louisiana Chitimacha Open, the Korn Ferry Tour’s second stop in the United States in mid-March. Le Triomphe just completed a five-month green surface restoration, and the LGA is looking forward to showcasing the club’s enhancements to the best Mid-Amateur competitors in the state. Le Triomphe is a stalwart facility in the LGA Championship rotation, and it boasts some of the best and most challenging golf holes in the state. The 2018 LGA Mid-Amateur was full of drama and finished with a sudden death playoff that last four holes, with Hank Shaheen of Dequincy winning his first LGA Championship.

As mentioned above, qualifiers will again be conducted for both the LGA Amateur and Mid-Amateur Championships. Eight sites around the state (Alexandria, Baton Rouge, Houma, Lafayette, Lake Charles, Monroe, New Orleans, and Shreveport) will conduct sectional qualifying rounds for all entrants not exempt into Championship round play. As in previous years, those players who attempt to qualify but are unsuccessful will receive a $100 refund from their $225 entry fee at the conclusion of the Championship proper. Furthermore, it should be noted that all of the women’s competitions mentioned above have a net component for the higher handicapped golfers, so we invite all female LGA members to compete in as many events as possible in which they are eligible.

The LGA will also conduct six USGA Qualifiers in 2020:

2020 Schedule of Events with dates is attached.